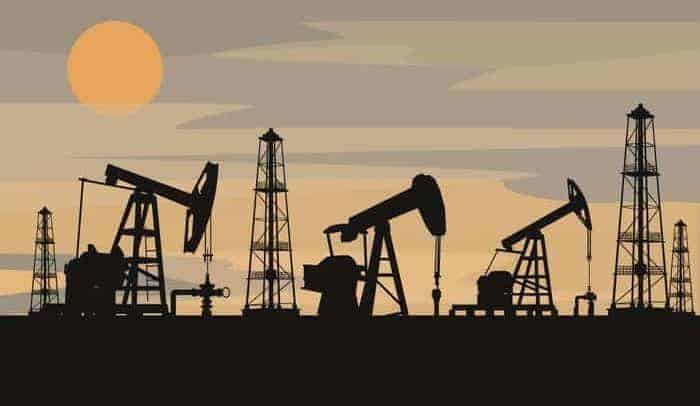 Pantheon Resources plc (AIM: PANR) advises that the Annual General Meeting (“AGM”) will based on current advice, be held as a virtual closed meeting on Wednesday 24 th January 2022 at 11.00 am GMT.

The Company advises that the formal business of the AGM and shareholder presentation will be held as separate and individual events, with only the formal business set out in the notice of the meeting being considered at the AGM. No shareholder presentation will be given at the AGM as this will be held by webinar, later that day

The shareholder presentation and Q&A, which would have taken place at the AGM, will be held as a separate event by Webinar later that same day, at 5.00 pm 24th January 2022. All shareholders and other interested parties are welcome to take part. Specific details on commencement time and how to access the Webinar will be made available in due course.

In June 2019, PetroNeft agreed on a convertible loan facility of US$1.3 million with a group of five lenders with a revised Convertible loan maturity date of 31st December 2021. Throughout 2021, the group of five lenders at various times elected to convert 65% of their loan advance into Ordinary Equities of PetroNeft Resources plc. The Company is now pleased to announce that it has reached an agreement with the five lenders to extend the term of the remaining loan balance of $0.455 million under the following terms.

UK Oil & Gas PLC ( AIM: UKOG) has been informed by the Planning Inspectorate that the Secretary of State (“SoS”) for Levelling Up, Housing and Communities has recovered the Company’s appeal against Surrey County Council’s decision to refuse planning consent for its wholly-owned Loxley conventional gas appraisal drilling project (“Loxley”).

The final appeal determination will now be made by the SoS utilising the Planning Inspector’s report and recommendation.

Whilst the Company had expected a decision from the Planning Inspectorate in the first quarter of this year, the recovery by the SoS may lengthen the time to an appeal decision.

Royal Dutch Shell PLC (LSE: RDSB) stated that it expected stronger results from its fourth-quarter gas business despite supply chain problems, while oil demand was affected by the Omicron version of Coronavirus (COVID-19).

The energy giant, which is also known as the “energy giant”, predicted that fourth-quarter results for its Integrated Gas business would be much higher than the third quarter. This was due to ongoing supply issues being overcome and unique optimisation opportunities created by the large scale and scope of our LNG trading portfolio in the prevailing high LNG spot prices.

Russia sent paratroopers to Kazakhstan on Thursday in an effort to quell a nationwide uprising following the spread of deadly violence across the former Soviet Union. Commerzbank stated that the political situation in Kazakhstan was becoming tenser.

Due to oilfield closures and pipeline maintenance, Libya’s oil production is now down more than 500,000 barrels per hour.

The Company has decided to temporarily suspend its drilling and production activities in response to the ongoing political uncertainty.

Angus Energy PLC, (AIM: ANGS) shares soared after the company launched a strategic review that could lead to the sale.

In a statement, the company stated that there was a valuation mismatch, which it claims is also experienced by smaller energy companies. This has led to a number of approaches, including an indicative non-binding offering for its 51% stake in Saltfleetby’s gas field asset. The offer is being considered.

George Lucan, the CEO, commented: “The speed of transition has surprised the energy market in general and the resulting shortage of new gas supply, and deficit of renewable sources, is likely to lead to periodic crises such as we saw recently in the UK and a very high forward gas price in years to come. Presently, the market is attributing little value to hydrocarbon reserves in general, or in our instance, the immediate cashflow prospects of the Saltfleetby Gas Field. Accordingly, in the light of this and the interest expressed by other energy market participants, we think it in the best interests of shareholders to conduct this strategic review and formal sale process.”

Hydrogen Utopia Intl (AQSE: HUI) First Day of Dealings. The Company has been admitted to the Access segment of AQSE and the commencement of trading of the Company’s Ordinary Shares follows a successful subscription and placing by Novum Securities Limited for a total of 40,000,000 Ordinary Shares at 7.5p per ordinary share, raising gross proceeds of £3,000,000 (before expenses) (the “Fundraising”).

The company aiming to become one of the leading new European companies specialising in turning non-recyclable mixed waste plastic into carbon-free fuels (such as syngas, hydrogen and electricity).

Pantheon Resources PLC, (AIM: PANR) stated that the ice road linking the Dalton Highway and the Talitha #A Location in Alaska was completed.

@PantheonResour1 Operations Update #PANR The Nordic Calista #3 rig, the rig used to drill Talitha #A last year, commenced its mobilisation from Deadhorse, #Alaska to the Talitha #A location on 4th January where it is expected to arrive by 6th January https://t.co/48fdp8UD4y https://t.co/hRXr7XinGc pic.twitter.com/sXEeVmAdZD

The AIM-quoted oil & gas company, which holds working interests in several oil projects on Alaska’s North Slope, gave an operation update. It said that the pad at Talitha #A has been completed and that the camp has been established.

Nostra Terra (AIM: NTOG), the oil & gas exploration and production company with a portfolio of development and production assets in Texas, USA, provided its growth plans for 2022, continuing the positive Company developments in 2021.

Matt Lofgran, Nostra Terra’s Chief Executive Officer, said: Nostra Terra finished the year in a strong position. The Company is cash flow positive to the corporate level and have multiple wells planned to drill throughout the year, all funded without need for dilution. We anticipate these wells having a strong contribution to cash flow after allowing for further investment for growth in other areas.

As vaccinations increased the opening of economies, oil saw its largest annual increase since 2009. Crude production returned to a more moderate pace while oil prices rose.

West Texas Intermediate saw a 55% increase in year-to-date, the largest gain in more than ten years. Brent, the global benchmark rose 50%, marking the biggest gain since 2016. As the Covid-19 variant spreads rapidly, investors are trying to assess the outlook for energy demand in the next year. OPEC will also meet with allied producers next week to discuss production policy.

Further to the announcement on 1 December 2021, San Leon has agreed with MLPL, Midwestern and Martwestern (as defined below) to a further extension of the Conditional Payment Waiver to 31 January 2022 or, if sooner, the termination of discussions or the signing of an agreement to effect the Potential Transaction, as defined below (but otherwise on the same terms as announced on 7 July 20 21), in relation to three instalments that were originally due to be repaid on 5 July 2021, 30 September 2021 and 31 December 2021 (the “Extended Conditional Payment Waiver”).

Interest continues to accrue on the principal amounts waived whilst the Extended Conditional Payment Waiver is in effect. As of 31 December 2021, the Extended Conditional Payment Waiver relates to US$99.3 million, being a principal amount due of US$82.2 million and total accrued interest due of US$17.1 million, which will be payable 90 days after such expiry, save for, inter alia, if there is an event of default.

Principal analyst for North Sea upstream Neivan Boroujerdi expects that the sector will still experience steady production growth of 1.6 MMboe/d with record cash margins. However, he cautioned that there are questions over government and E&P appetites for new developments.

Oil prices rose to above $78 per barrel Monday. This was due to tight supply and the hopes of a further demand recovery by 2022.

However, OPEC+ appears to be ready to agree to a further increase in output and concerns persist about the demand impact from rising coronavirus infections.

OPEC+ and its allies are expected to agree on Tuesday to the output increase. More than 4,000 flights were cancelled on Sunday due to Omicron coronavirus.