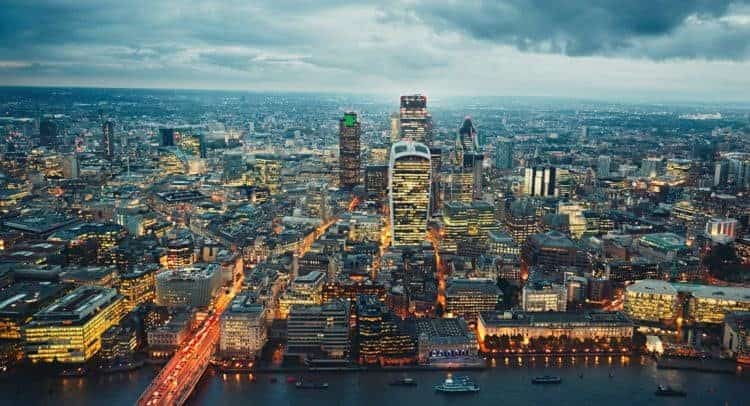 The investment calendar for the week will focus on the US tech titans and the big banks in Britain. A new prime minister from the UK will also be elected and more central bank interest rates will be announced.

It’s also a busy week across the Atlantic, with tech names like Apple, Alphabet and Microsoft, Meta and Spotify, along with dozens more such as Ford Motor, Mastercard and Visa, AbbVie and Chevron.

Britain should entertain and worry the rest of the world with its political shenanigans. The next leadership election will be held within the week.

The result and a new Prime Minster will be determined by Friday. This is ahead of the financial statement by Jeremy Hunt, newly appointed Chancellor at the Exchequer.

On Monday, key macroeconomic data will remain in force. London traders will also be keeping an eye on the ongoing UK political shenanigans.

For the UK, US, and other major economies, flash purchasing managers’ indexes (PMIs), will be available.

Nominations for the Tory leader/PM close Monday at 2 pm. Candidates will need to have at least 100 supporters from the 357 Conservative MPs.

To determine which candidate has the most support from the parliamentary party, Conservative MPs will hold an “indicative” vote before the party members decide via online ballot who will lead it. The results will be announced Friday, 28 October.

“If one candidate meets the 100 thresholds by Monday, he or she will automatically win this leadership race.” Holger Schmieding, Berenberg’s chief economist, said that only three candidates stand a chance.

He said that Rishi Sunak is ahead, but ex-PM Boris Johnson has a “non-trivial chance,” to return to 10 Downing Street, judging by the betting odds.

Although markets may favour Sunak, Johnson’s victory would pose serious risks. The UK’s international reputation would be further damaged, and this is not without reason. Furthermore, the UK would be in danger of mass resignations and further chaos if Johnson is not elected to lead them.

Ruth Gregory, Capital Economics stated that “Whoever is the PM, we believe a major fiscal tightening will be in place.” This could mean that the recession may be longer or deeper than expected and that interest rates might not need to go up as much.

Lenders find themselves in a strange sweet spot as central bank tightening is good for their interest income, margins, and yields but also leads to economic slowdowns or recessions that simultaneously lead to rising risk of bad loans and the previsions they must make ( see HSBC preview).

Whitbread PLC (LSE:WTB) First-half results are expected to be quite resilient with the Premier Inn owner opening up a window into UK consumers’ behaviour ( view the Whitbread preview ).

Analysts were expecting a 9% increase in revenue year-over-year as they worked up to the third quarter update from Google parent Alphabet Inc. (NASDAQ:GOOG).

However, earnings are expected to drop 10.7% ( preview for more information on Alphabet).

Microsoft Corporation (NASDAQ.MSFT) has confirmed plans to reduce its workforce a week before it releases its earnings report. This is because revenues are expected to slow as a result of weaker sales of Windows licensing for PCs.

Microsoft spokesperson said to the media that they will continue to invest in their business and recruit in key growth areas for the year ahead.

Broker Wedbush stated that Elon Musk’s $44bn purchase of Twitter Inc. (NYSE:TWTR ) will close next week. This is because the world’s wealthiest man has his financing and cost reductions ready in the same week the social media company publishes its earnings.

The group is due to earn on Tuesday. Musk must complete the Twitter deal by Friday, October 28, the deadline set by the Delaware Court.

Barclays PLC and Standard Chartered PLC (LSE :BARC) are the two featured results from blue-chip banks. Each offers different insights and is susceptible to varying degrees of UK and global market forces.

Barclays is the largest Footsie-listed bank. It should have benefited from the Wall Street trends this month. However, it also has a large UK mortgage book and credit card books as interest rates rise, but a windfall income tax is in danger (you can see a deeper preview).

StanChart has a large investment bank (CCIB), which is likely to have also benefited recently from high volatility.

Analysts believe that the Asia-focused lender is in a “sweet spot”, away from rising interest rates ( see HSBC and StanChart preview).

Reckitt Benckiser PLC (owner of brands such as Durex, Clearasil, Dettol, and Vanish) might follow the latest trends observed from sector peers, and boast its ability to pass rising costs onto customers.

The European Central Bank will likely announce an interest rate increase on Wednesday. This is in addition to a similarly expected hike from the Bank of Canada the day before and more inaction by the Bank of Japan the day after.

They all have seen their currencies fall against the dollar, but the US Federal Reserve has been relatively in front of the rest when it comes to global central bank rate increases. It is increasing them faster and higher than any other country.

The US results of Ford Motor Company (NYSE :F) are a result after Elon Musk’s Tesla revealed Ford was its closest competitor in terms of electric vehicle (EV) sales between July and September. ( view the Ford preview ).

Snap’s report, which was released a few days before earnings from Meta Platforms, got the sector off to a bad start. Snap’s peer and social media peer Snap reported that its shares fell 25% while revenue growth slowed down to a five-year low.

Snap stated it expects no growth in this quarter. met expectations for Meta and other peers because it is historically one of the busiest periods. ( see a complete preview on Meta).

For Lloyds Banking Group PLC (LSE:LLOY), which will post a quarterly update Thursday, an economic downturn can be worse for businesses than for peers such as Barclays or HSBC, who have a less strong focus on traditional banking in the UK.

Analysts and investors will be watching for impairment charges as the bank prepares to accept more defaults on loan repayments ( see the Lloyds preview), while the lender was the first to cease direct financing for new oil-and-gas development.

Unilever PLC, (LSE:ULVR) investors may have gained confidence from reading through from international sector peers Nestle Procter & Gamble, which indicated that they were passing on price increases to consumers.

Analysts fear that inflation will continue to rise and cause a crisis ( See the Unilever and Reckitt preview).

Shell PLC, (LSE:SHEL; NYSE:SHEL) warned earlier this month that third-quarter profits would be hurt by a nearly halving of refining margins, falling chemical margins, and weaker trading within its Integrated Gas business (IG).

UBS analysts calculated that there could be a drop of US$1.3-2.0bn quarterly compared with the consensus of a drop of US$0.4bn.

Apple Inc. (NASDAQ:AAPL). is facing many challenges as it prepares for its year-end earnings conference on Friday.

While the iPhone 14 launched with mixed results, discretionary spending is on the decline due to inflation ( see full Apple preview).

Amazon.com Inc (NASDAQ:AMZN) has provided guidance for third quarter revenues rising to between US$125bn-US$130bn. However, a larger question will be whether they made another loss.

While Jeff Bezos’ comments may have provided valuable insight into the outlook, there are still many questions ( view full Amazon preview).

The US third-quarter gross domestic product (GDP) will also be under scrutiny, as the economy is currently recovering from two-quarters of negative results, or a technical recession.

The Q3 GDP is expected to rebound by 2.2%. Most of this rebound will be due to inventory rebuilding.

With the recent effects of Westminster politics on the Pound and Gilts and results from NatWest and British Airways owner IAG, and commodities colossus Glencore, the battle for the next Prime Minister will be major City news.

Friday is the cutoff date for the Conservative party’s latest leadership election and the fight to become the third Prime Minister.

If the race is decided by the wire, the new PM will have just two days to deliver the promised fiscal statement from Jeremy Hunt, recently appointed Chancellor at the Exchequer, on Monday, 31 October. This assumes he remains in his current role.

British Airways’ International Consolidated Airlines Group SA, (LSE: IAG), surprised investors earlier this month by revealing that trading was better than anticipated and that operating profits for the three months to September would be EUR1.2bn.

This was miles ahead of consensus forecasts of EUR820mln. The airline owner also said that bookings were strong with no signs or weakness ( view the full IAG preview).

Goldman Sachs (NYSE.GS) analysts wrote that the UK’s current mortgage rates are at or above 6.6%. This is a significant concern given the market’s fast-changing nature.

They said that NatWest could be the biggest beneficiary of the Bank of England rate rises, even though huge profits by lenders is unlikely to go down well with politicians ( see a complete preview of the lender here).

Glencore PLC, (LSE: GLEN) was a top choice for analysts ahead of the third quarter.

Barclays stated that the shares of the commodities and mining giant offer “attractive values”, owing to the structural shift in the coal markets being “ignored” by the market ( view the Glencore preview).

The US Federal Reserve is due to release data on personal consumption expenditures. This information is crucial.

Due to the weaker trend in retail sales numbers, higher food and fuel prices, and lower personal consumption growth (2% Q2), 0.8% is expected to be a much smaller number. The Core PCE data will show an additional increase in the day following the US Q3 GDP numbers. This is a rise of 5.2% from 4.9% and Core PCE is expected to see an additional jump in September’s data.

Economic announcements Personal Consumption Expenditures, Personal Income (US), Individual Spending (US), Personal Spending(US), Pending Homes Sales and (US), U. of Michigan Confidence. (US)