It was only a week ago that OPEC and Non-OPEC agreed to add 1 million barrels per day (mb/d) to the market, but it already feels like a distant memory with the oil bulls back on the march

It was only a week ago that OPEC and Non-OPEC agreed to add 1 million barrels per day (mb/d) to the market, but it already feels like a distant memory with the oil bulls back on the march

Brent rose more than 1 percent in early trading on Friday, and is not far off of $80 per barrel. This week saw prices gain about 10 percent compared to last week after a combination of fears of Iran production outages, disruptions in Libya and a bullish stock draw in the U.S. It was only a week ago that OPEC+ promised to add 1 million barrels per day (mb/d) to the market, but it already feels like a distant memory with the oil bulls back on the march. 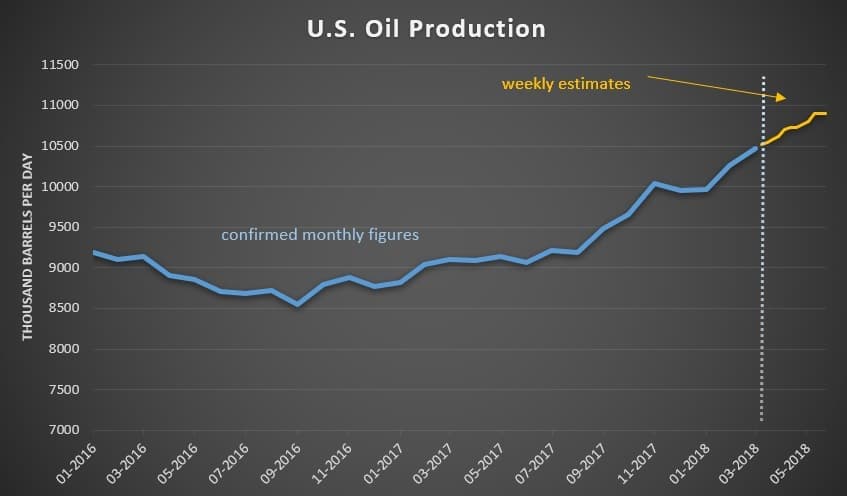 U.S. dials back hardline on Iran imports. Earlier this week, a State Department official laid out what sounded like a “zero tolerance” policy for nations cutting oil imports from Iran. The official said that countries need to “zero” out their imports by November, and that it would be unlikely anyone would receive a waiver. The statement led to a spike in oil prices because the market had to dramatically revise up the assumed outage from Iran. On Thursday, a State Department official appeared to soften the line. “Our focus is to work with those countries importing Iranian crude oil to get as many of them as possible down to zero by Nov. 4,” the official said Thursday. “We are prepared to work with countries that are reducing their imports on a case-by-case basis. We are serious about our efforts to pressure Iran to change its threatening behavior.” The walking back of the “zero” imports mantra suggests the U.S. fears the fallout of pushing oil prices too high. 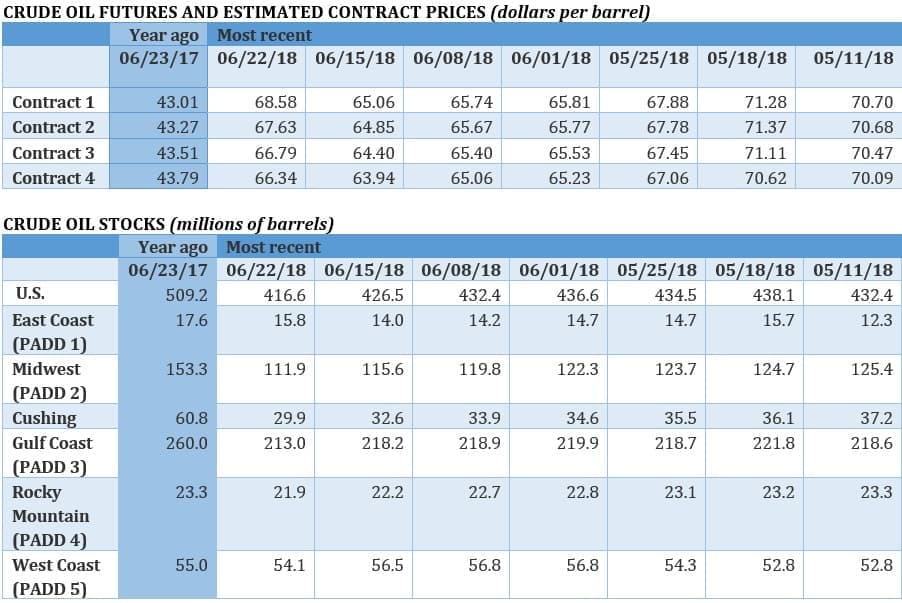 India tells refiners to prepare for “zero” imports from Iran. India’s oil minister advisedits refiners to prepare for a “drastic reduction or zero” oil imports from Iran by November, due to the threat of U.S. sanctions. India, as a close neighbor and significant purchaser of oil from Iran, appears willing to wind down oil imports from Iran even as it does not recognize the sanctions as legitimate. India’s actions are an indication that Washington could wield far-reaching influence over Iran’s oil exports, even though much of the world is not lined up with the U.S. position. 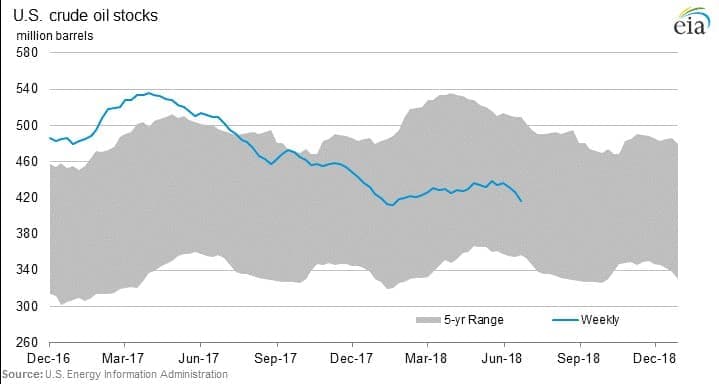 Saudi Arabia to ramp up production to 10.8-11.0 mb/d. Saudi Arabia reportedly will ramp up oil production to 10.8 mb/d in July, perhaps as high as 11.0 mb/d. The plans come as a series of outages around the world have pushed oil prices and left the market in a deficit. The increase in production, however, could eliminate as much as 40 percent of Saudi Arabia’s spare capacity, taking available capacity down to around 1.5 mb/d, a rather small buffer. “It basically leaves us with no spare capacity, at a time when Iran isn’t the only issue,” Amrita Sen, chief oil analyst at consultant Energy Aspects Ltd., said in a Bloombergtelevision interview. “Venezuelan production’s falling, Angola, Libya, Nigeria –there are lots and lots of issues everywhere in the world.” 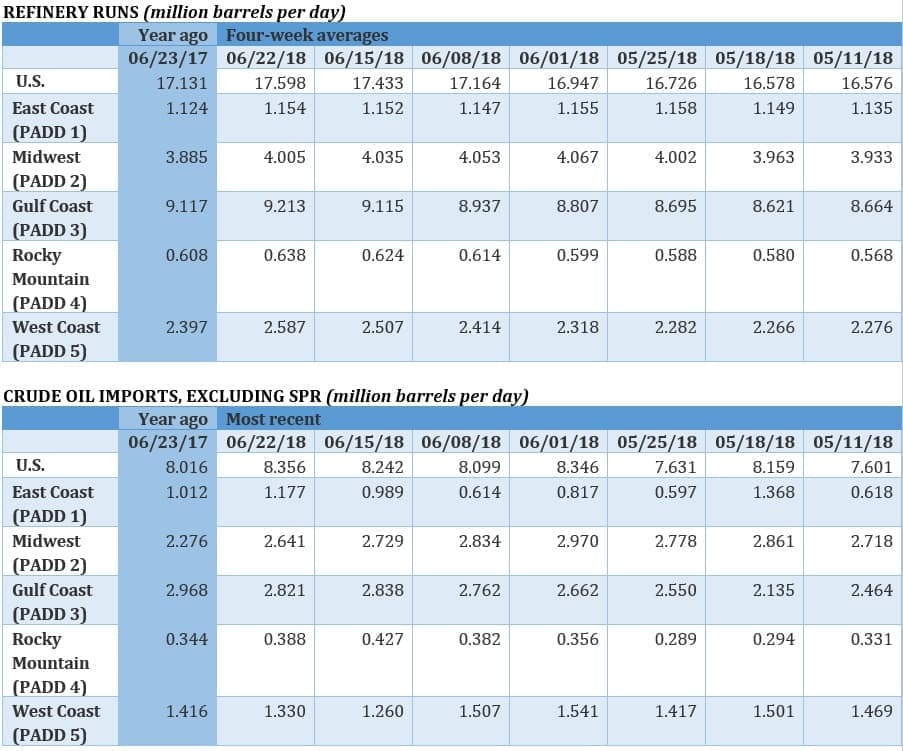 Argentina puts in place price controls, roiling shale industry. In an effort to shield consumers from inflation and a weak currency, Argentina’s government capped the price at which oil producers can sell their oil to refiners, and also fixed the price of petrol at the pump. That means oil producers in Argentina have to sell their product at prices much lower than the international price. “Suddenly from moving in the right direction, it feels like the country is taking a step back,” Anuj Sharma, CEO of Phoenix Global Resources, told the FT. “If there’s one thing markets hate, it is uncertainty. It makes planning very difficult.”

BP to buy UK electric vehicle charging company. BP (NYSE: BP) said it plans to acquire the largest EV recharging company in the UK. BP will pay $170 million for Chargemaster, which runs 6,500 charging points in the UK. The acquisition is the latest sign that the oil majors are beginning to plan for a post-oil world, diversifying their assets as a hedge against peak oil demand.

Venezuela to restart oil upgrader. Venezuela’s PDVSA said earlier this week that its Petropiar oil upgrader, a joint venture with Chevron (NYSE: CVX), will restart after being offline for maintenance for weeks. The 210,000-bpd facility help process heavy oil into an exportable product have been under strain because of poor maintenance and bottlenecks at the country’s ports. 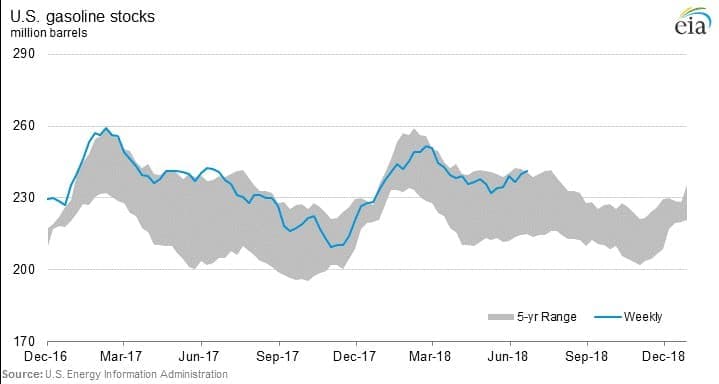 Libya sees internal strife, oil output hangs in the balance. The outage of Libya’s ports have knocked more than 400,000 bpd offline but the decision by General Khalifa Haftar to hand over the ports to a rival National Oil Corp. in Benghazi, as opposed to the internationally-recognized NOC in Tripoli, has opened up a new flashpoint that could keep oil sidelined for longer. The government in Tripoli is trying to line up international support to prevent oil exports from the east. The U.S., U.K., France and Italy expressed concern about the transfer to “an entity other than the legitimate National Oil Corporation,” the countries said in a joint statement.

Minnesota greenlights Canadian oil pipeline. While Keystone XL and the Trans Mountain Expansion remain in limbo, the most likely major Canadian oil pipeline to go forward is Enbridge’s (NYSE: ENB) Line 3 Replacement. The project, which would replace an old and deteriorating pipeline, allowing it to more than double capacity, just cleared an important hurdle this week when it received a regulatory approval from Minnesota. The pipeline runs from Alberta to Minnesota and Wisconsin, allowing Canadian oil to reach refineries in the U.S. Midwest. Native American tribes who sit in the pipeline’s path have threatened massive protests similar to the Dakota Access protests from two years ago.

By Tom Kool for Oilprice.com

Tom majored in International Business at Amsterdam’s Higher School of Economics, he is now working as news editor for Oilprice.com.