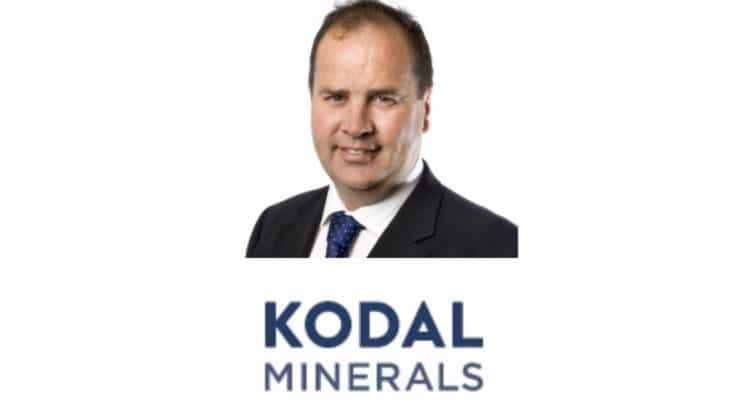 Kodal Minerals, the mineral exploration and development company focused on its Bougouni Lithium Project in West Africa, is pleased to announce it has raised £3,000,000 (before expenses) via a subscription for 130,142,857 new ordinary shares of 0.03125p each and an oversubscribed placing of 941,285,712 new ordinary shares of 0.03125p each in the capital of the Company, with the total fund raise together comprising 1,071,428,569 new ordinary shares of 0.03125p (‘Placing Shares’) at a price of 0.28 pence per Placing Share (the ‘Placing’). The funds raised will support Kodal in the continuing development and preparation for financing and construction of its flagship Bougouni Lithium Project (‘Bougouni’) in Mali. The Placing Shares are expected to be admitted to trading on AIM (‘Admission’) on or around 10 May 2022.

Bernard Aylward, CEO of Kodal Minerals, commented: “This oversubscribed placing demonstrates the ongoing support of our Bougouni Lithium project and the opportunity to move into the development and construction phase. Our major shareholder Suay Chin International Pte Ltd (‘Suay Chin’) has participated in the subscription along with members of the Board and Company executives. Suay Chin continues to offer technical support in this important phase of project planning and moving to a decision to mine. The funds raised in the placing will be used to complete the Engineering programme and the important Environmental, Social and Community Engagement programmes. In addition, the Company will undertake infill and extension drilling of the defined resource areas to prepare for a minerals resource review and potential increase and upgrade of the current resource base. In addition, the Company will also undertake exploration drilling on the extensive landholding where our previous work has highlighted major potential to add to the existing resource base.

“The Bougouni Lithium project is fully permitted for development with an approved Mining licence and an Environmental permit. Our project continues to attract attention in this strong lithium market and the Company is assessing opportunities for the development of the project. The lithium market has continued to grow strongly over the last 12 months with the increasing demand for spodumene product driving the price of the spodumene concentrate to over US$3,000 per tonne compared with the Company’s assumed price of US$680 per tonnes utilised in the 2020 Bougouni Feasibility study. The Company is focussed on moving the Bougouni Lithium project to production as soon as possible to take advantage of this supply deficit and maximise value of the project. These placing funds ensure the Company’s work can continue at pace and we look forward to updating shareholders of our progress.”

The net proceeds of the Placing will be used by the Company for activities associated with the Bougouni Lithium project, continued exploration of the Company’s gold assets and for additional working capital. The priority activities and exploration targets are:

o Completion of Metallurgical test work to confirm overall recovery of spodumene in treatment process. Currently utilizing 71% recovery, however test work is indicating higher recoveries of 75% and review of industry publications indicates recoveries of up to 80% achievable offering significant upside to the project

The Placing will result in the issue of 1,071,428,569 new o rdinary shares of 0.03125p each in the capital of the Company, representing approximately 6.34 per cent. of the Company’s issued ordinary share capital as enlarged by the Placing. The Placing Shares will be issued at a price of 0.280p each.

Application will be made for the Placing Shares to be admitted to trading on AIM and it is expected that their admission to AIM will take place on or around 10 May 2022. The issue of the Placing Shares is conditional upon, inter alia, Admission occurring.

The Placing Shares, when issued and fully paid, will rank pari passu in all respects with the Company’s existing Ordinary Shares, including the right to all dividends or other distributions declared, made or paid after the date of issue of the Placing Shares.

The Placing Shares will be issued utilising the Company’s existing share authorities to issue new shares on a non-pre-emptive basis.

Upon Admission of the Placing Shares the issued share capital of the Company will consist of 16,903,730,956 ordinary Shares of 0.01325p each. The Company holds no shares in treasury. The total number of voting rights in the Company from Admission will therefore be 16,903,730,956. This figure may be used by shareholders as the denominator for the calculations by which they determine if they are required to notify their interest in or a change to their interest in the Company under the Disclosure Guidance and Transparency Rules of the UK Financial Conduct Authority.

In accordance with AIM Rule 17, following the subscription by Suay Chin for 107,142,857 Placing Shares, on Admission Suay Chin’s shareholding in the Company will increase to 2,397,614,425 Ordinary Shares, which will represent approximately 14.18 per cent. of the Company’s then issued share capital.

The notification below, which has been made in accordance with the requirements of the UK Market Abuse Regulation, provides further details.