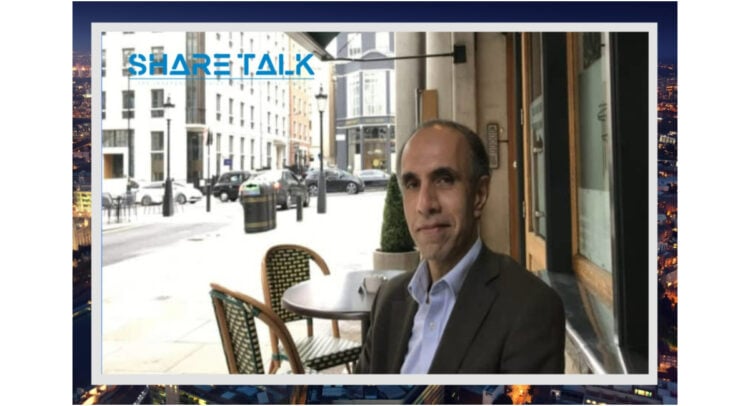 Trader’s Café with Zak Mir: The Week In Small Caps

This year to the middle of July has been one of the most brutal in living memory for small-cap stocks, something that could notionally go back to the 1970s – in my case. One of the more disappointing aspects of this most exciting growth area of the stock market continues to get pathetic coverage in the mainstream media, a process accelerated in the past two decades.

The closed shop of journalism has to be a part of this, and the all-pervasive contempt those involved have for the idea of retail investor doing well for themselves. There is frequently delight when they are seen lose money, on a failed IPO, or after a profits warning. This is inexcusable.

I hope this new column will do something to redress the balance – even though of course for some strange reason, someone like myself who has been mesmerised by the stock market since 1973, would never get a chance to appear anywhere near “the papers,” even though I am NUJ. In order to achieve the fabled concept of a shareholding democracy this country needs, there needs to be solid mainstream coverage.

The timing of this first weekly review is no accident. It is hoped that it could coincide with a meaningful and most important, a lasting turnaround for small-cap stocks. It perhaps echoes a turnaround in the latter half of July with which led the Nasdaq to have its best month since the pandemic rebound in April 2020.

Many of the key players were up 7-10%, in the past week alone, with Amazon notching up a 10% gain. Closer to home there were 8 companies whose shares were up over 50% last week, and one assumes that not all of this was due to the anticipation of potentially new Prime Minister Liz Truss cutting taxes. But ironically, Truss’s flagship policy is something that hits the nail on the head of what the real problem of small caps has been this year, especially since the Spring: an horrific lack of liquidity which tax cuts would almost certainly help.

IPOs have been pulled, and fundraising carried out a deep share price discounts. One rarely feels sorry for the brokers of Mayfair, but perhaps on this occasion it would be apt. Small caps are the engine for the stock market and the economy. As a flaming July came to a close, there were the first hints that not only were stocks starting to recover, but that some interest was returning. An historic point to be noted is that some of the market’s best rallies do occur when many participants are away, or perhaps in this case, capitulated: over the course of December and currently, the summer holidays.

As far as the stocks covered this week, to underline the slings and arrows private investors face, the first stock is inventory monetisation play [email protected] Capital. Fronted by a very smooth CEO, the company has had everything negative thrown at it possible. While some of this may have been due to the difficulties any company has in delivering a novel concept, even its detractors would have to admit the management here has been persistent, if nothing else. The announcement of the company’s first official Inventory Monetisation transaction, was seen as a milestone, and explains the near 70% rise in the shares this week. This may be a dead cat bounce. However, it is certainly a “watch this space” either way.

In another sign that fintech could once again be the new rock and roll, financial technology group Tintra (TNT) sizzled with a weekly gain of nearly 80%. The financial technology specialist came up with the punchy proposal of raising £25m versus a market cap of close to this figure currently. Given that any company with banking licenses should notionally have a valuation in the hundreds of millions, it will be interesting to see how this situation progresses.

One of the bugbears of investors, especially since the Q1 2021 small cap bubble burst has been the performance of the disruptive Aquis market. Given that it is competing with the (former) monopoly of the London Stock Exchange, and we know that no monopoly gives up its advantage willingly, Aquis was always going to have its work cut out to gain a foothold. While some of its apparent issues may be to do with perception rather than reality, it could be argued that Aquis needs a solid bull market to gain traction.

However, there are stocks on its platform that have proved their mettle, with KR1, Valereum and Quetzal being proof of this.

The newest contender to gain a foothold on Aquis this year has been plastic waste to fuel technology group Hydrogen Utopia (HUI). Ironically perhaps, it was the announcement that it is to have an additional listing on the OTCQB Venture Market in New York that led to a 38% weekly rise for the stock. The rationale, Aquis notwithstanding, is that the company will now have access to a wider liquidity pool Stateside, and indeed, from others investors internationally.

Given that we have not exactly been in IPO heaven year to date, it is worth noting the appearance of First Class Metals (FCM). The mineral exploration and development company, with projects in Ontario, Canada, was admitted to Standard List, on the London Stock Exchange after raising £1.1m at 10p.

Paul Johnson’s Power Metal Resources (POW) has a 28% stake in FCM, and no doubt his PR machine will be operational to back the company. At the very least a pat on the back is in order for all those concerned in getting away the FCM deal in current stock market conditions.

Finally, it may be worth noting director buying in a recent IPO. LifeSafe (LIFS) came to the market earlier this month fire safety technology firm on AIM market, raising of £3 million at 75p. Its fire extinguishing products, are already bestsellers on Amazon, and this provides an explanation as to this week’s purchases in the stock by management with Friday’s close at 53.5p.

If anyone reads this article found it useful, helpful? Then please subscribe www.share-talk.com or follow SHARE TALK on our Twitter page for future updates. Terms of Website Use All information is provided on an as-is basis. Where we allow Bloggers to publish articles on our platform please note these are not our opinions or views and we have no affiliation with the companies mentioned
Tweet
WhatsApp
Email
Pocket
Share
Share
Tags: Aquis, FCM, First Class Metals, HUI, Hydrogen Utopia, Lifesafe, LIFS, NASDAQ, POW, Power Metal Resources, Small Cap, STOCKS, [email protected] Capital, SYME, Tintra, TNT, Zak Mir
Share this article:
Previous Post