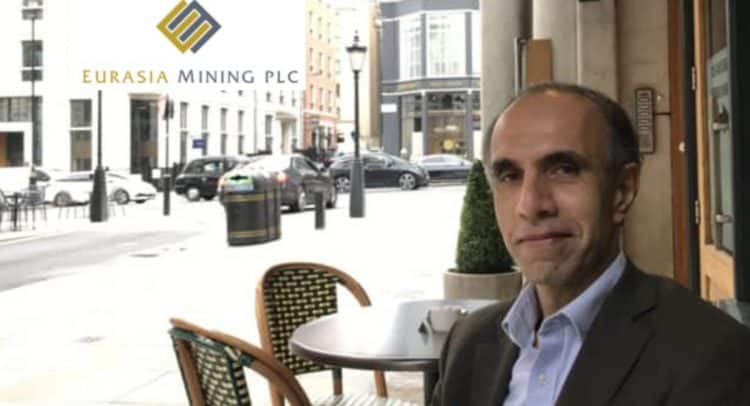 Writing a top 20 stocks for the new year is always a challenge, although even as things stand three weeks in, things are looking positive. The FTSE 100 near post-pandemic highs is a help, but ironically the big bad wolf of inflation is and may continue to be a positive driver. We have seen this as far as the oilers are concerned, and of course in the metals space. Tin and Nickel are soaring, with the former helping AfriTin (ATM), and the latter likely to help the top stock in the 2022 countdown, Eurasia Mining. While it may be the case that the EUA maniacs are just focused on M&A, the emphasis in my coverage of the company is to focus on the here and now of what it has under the bonnet. As stated previously, while the doubters of the PGM play have focused on sale delay and what they allege the company is actually sitting on in terms of assets, the past 18 months have seen the company stuff itself full of significant and highly valuable resources.

Indeed, last week underlined the companies ongoing land grab in Russia, something that even the most significant of oligarchs would delight in. A “company making” discovery was revealed in the form of a Tier-1 scale JORC mineral resource estimate produced by Wardell Armstrong International. NKT, a nickel mine formerly operated by Norilsk Nickel, is certainly nothing to be sniffed at, and for the cynics please note the letters JORC. JORC is the gold standard in mining. It is there, it is real and it is a transformational Tier 1 asset, thank you very much. It is almost certainly the case that if EUA was not in a M&A waiting game the shares would have rallied far more sharply than they did, and would still be rising. We know that Nickel is a pillar of the EV and new energy space, and this is the kind of discovery Elon Musk’s Tesla would be licking its lips regarding. Mr Musk has stated that Nickel supply is the biggest concern for the roll out of EV’s. EUA’s Nickel would certainly come in handy.

But getting back to what has been achieved by this near £800m market cap company we should note the following over the past year. This should underline that EUA has not only made the very difficult transition from being a minnow to a mid-tier company in the sector, it has also built the foundation to be up there with the largest players:

a. First area known as Nyud, East/South East of Monchetundra

b. 8 other areas to be confirmed, thought to include Poaz a highly significant PGM & Nickel area

a. JORC report on Nyud, part of the Rosgeo JV

One presumes that the Due Diligence being carried out by a credible party is going to be amongst the most detailed due diligence carried out, and that this process has been delayed by the pandemic. Whether potential buyers are seeking the state support, the extra metals, or the chance to be part of the hydrogen economy is a matter of debate, but it cannot hurt the options available to the Board of Eurasia.

Looking forward to 2022, you would expect positions to be cemented, a deal to be done and progress made on all the outstanding issues as we see them today, each being a catalyst to much higher market cap. The wider outlook for PGM seems stable, the chip shortage will ease at some point and palladium demand increase for medium term according to most analysts before settling later in the decade.

Eurasia Mining was initially a PGM play. But it is so much more now. Serious quantities of Nickel are being proven up to JORC standards by Wardell, must be regarded as the latest icing on a cake which is already laden with the stuff.

But perhaps bigger than all of this is to think of Eurasia Mining as the best conduit for Russian projects moving forwards. Fully funded for future endeavours for minimal dilution. Connected at the highest levels of state, partnered with hugely credible people and companies. Even the green lobby has been catered for with the Hydrogen initiative.