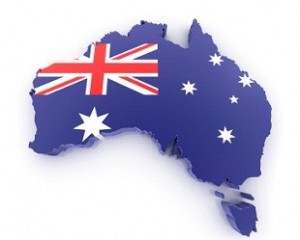 On Monday, Rox Resources (ASX:RXL) released bonanza drill results from its Bonya copper project in Australia’s Northern Territory. In a normal market they would have been met with applause, but instead, the company’s share price closed down 6.5 percent on the back of wider capitulation in the mining sector following weakness in North American markets the previous Friday.

The results from Bonya, which are from a follow-up reverse-circulation drill program, include:

Initial drill results from Bonya were announced in late October, including 38 meters at 4.4 percent copper from 60 meters.

The Bonya project is the subject of an earn-in joint venture from tenement holder Arafura Resources (ASX:ARU), with Rox having the right to earn 70 percent with the expenditure of AU$1.5 million. The project is located in an extremely remote region, some 350 kilometers from the town of Alice Springs, and is interpreted to be a volcanogenic massive sulfide (VMS) deposit. It lies within close proximity to the existing Jervois deposit of KGL Resources (ASX:KGL), which has a current JORC resource of 25.2 million tonnes at 1.1 percent copper and 23.4 g/t silver.

Bonya has been worked historically with some mining of surface oxides, but no significant exploration at depth has been undertaken previously. Upon taking up the joint venture, Rox carried out airborne EM surveys of the area, and then subsequently drill targeted the EM anomalies with immediate success. The current mineralized zone is open in most directions and drilling continues, with several other EM targets remaining to be tested.

Monday’s initial Bonya results are extraordinary, but drilling so far has been close spaced, and VMS deposits can be small and complicated. An expensive exploration program then is needed before an economic deposit is proven in such a remote location. Even so, the lack of enthusiasm with which these spectacular results were absorbed by the market likely sparked some head scratching. The devil perhaps is in the detail.

With a good portfolio of nickel and gold assets, its exciting times ahead for cashed-up Rox Resources (ASX:RXL) which is currently on the hunt to boost its project portfolio. The Pick talks to Rox Resources managing director Ian Mulholland about its projects and significant exploration programs for 2018.

In addition to Bonya, Rox maintains three other project groups across Australia, all of which have some positives, but also questions to be asked.

For instance, the company’s Mt. Fisher gold project in Western Australia is a resource, but only small at 86,000 ounces, and seems to be attracting little attention from the company. Meanwhile, its Reward lead–zinc project in the Northern Territory seems to have some potential as a geological analogue to the giant McArthur River mine nearby, but is under joint venture to Canadian giant Teck Resources (TSX:TCK.B,NYSE:TCK), which is funding and managing the project. That leaves Rox with only 30 percent if the joint venture goes to completion.

Lastly, Rox maintains a prospective suite of nickel projects in Western Australia that up until recently appear to have been its main focus. The Fisher East nickel project is a combination of several mineralized zones of Kambalda-style, komatiite-hosted nickel sulfides that combined have been taken to a resource of 3.6 million tonnes at 2 percent nickel. The tonnage as its stands may be small, but the resource grade looks robust — it’s been assisted by a higher grade core, and recent drilling seems to be adding tonnes; in addition, the mineralization remains open in several directions. The deposit, however, is deep, with major extensions requiring drilling to greater than 500 meters below surface, thereby suggesting that further exploration from this point will be very expensive unless an equally expensive underground drilling platform is established. In addition, in the absence of further tonnage, there remains doubt as to development options, as the project as it stands would likely be too small to justify a standalone processing plant, and is possibly too far from the nearest existing plant — BHP Billiton’s (ASX:BHP,NYSE:BHP,LSE:BLT) facilities at Leinster and Mt. Keith.

Beyond that, there are also corporate concerns. With almost 900 million shares on issue, a consolidation is probably anticipated at some stage, and while the company had almost AU$5 million at the end of last quarter, that will burn quickly with ongoing drilling and several major option fees due, including AU$2.3 million payable in June 2015 to retain several nickel tenements.

Technically, Rox seems to be doing the right things, but an unsympathetic market is possibly looking ahead to a near-term capital raising, which in the current markets could put downward pressure on the company’s share price.

Securities Disclosure: Brad George holds no investment interest in any of the companies mentioned.

Brad George is a geologist by trade, and has spent over 25 years working in the mining industry around the world in a variety of capacities. Primarily focused on exploration, Brad has gained extensive experience in iron ore, base metals and gold on five continents. He has extensive experience in the management of public resource companies.

Upon completing an MBA, Brad spent several years in London as a partner in a boutique brokerage house, developing a franchise as a rated mining and metals analyst. Brad now resides in Perth, Western Australia.

A Garrison of Russians Forces are Encircled in Lyman, Ukraine