88 Energy (88E) announced an operations update reporting good progress on the Project Peregrine farm-out with a deal on schedule for year-end close.

Permitting and planning for a two well program at Project Peregrine is on track for 1Q 2021 spud.  The quarterly report issued later in the week disclosed cash of A$4,681,000 (£2,535,000) as of 30 September 2020 and clearly 88E will need more.  A placing is a virtual certainty, but after that we may well see another 100% run as happened following the fundraising last year.

Bahamas Petroleum Company (BPC) announced a convertible note funding update.  As suspected, it remains far from certain.  The initial exploration well was of course “fully funded per the established criteria” the previous week when it came to paying out salaries and bonuses to directors, but now an element of doubt is creeping in.  Caution is the watchword here. 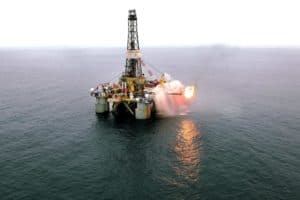 Providence Resources (PVR) and Lansdowne Oil & Gas (LOGP) announced the re-instatement of equity in the Barryroe Licence.  The interest has reverted to their subsidiary, EXOLA DAC, following the default of APEC in the previous farm-out process.  The current farm-out process is slated to close this coming week.  A brilliant deal for PVR and LOGP is being widely touted, so let’s hope no-one is too disappointed.

Aminex (AEX) announced the completion of the Ruvuma farm-out.  Following the assignment of a 50% interest to ARA Petroleum, AEX now holds a 25% interest in the Ruvuma PSA with a full carry for Aminex’s share of costs up to $35 million in respect of its interest, implying a potential expenditure during the carry period of up to $140 million.  ARA, as the new operator of the Ruvuma PSA, intends to call an operating committee meeting shortly, where they will formally present their programme and schedule for the drilling of the Chikumbi-1 well and the 3D seismic acquisition programme.

Scirocco Energy (SCIR) (the old SOLO) owns the other 25% interest, but is not carried, and the hard reality is that unless Scirocco agrees a sale very soon, they’ll either have to put up a large amount of cash or lose their interest.  No matter what some may say, there is no equivalence between the two companies.

Europa Oil & Gas (EOG) announced a one-year extension to its offshore Morocco licence.  This perhaps is its most important asset and the additional time will enable it to further de-risk 30 prospects and leads which EOG estimates have the potential to hold in aggregate close to 10 billion barrels of un-risked oil resources.  Meanwhile, Red Emperor Resources (RMP) announced its quarterly activities and cash flow report.  It needs to get a deal done soon to avoid suspension and delisting, otherwise, its fundraising days are over.

Those ramped in to Mosman Oil & Gas (MSMN) at up to 0.24p received a nasty surprise when it announced a 0.125p placing, as perhaps did its new TR-1 holder (if his filings are accurate), who was also the principal ramper.  But this is what, indeed all, these types of companies do, ramp and place, the “asset” (in this case, a minority non-operated working-interest requiring no management time whatsoever) being just a tiresome legal requirement.  At the bottom line of the accounts, there’s never actually anything for the shareholders, only losses.

The same applies to a very similar company, Nostra Terra Oil & Gas (NTOG), who released an operational update last week, which contained no production numbers.  Other than ramps to clear placing stock and warrants, and provide the opportunity for insiders to sell short before covering at a profit in the next highly discounted placing, there is nothing at all in it for investors.

I’m currently finalising the second edition of “UNDERSTANDING THE LONDON SPECULATIVE MARKETS and THE SECRETS OF HOW TO PROFIT FROM THEM” which includes some interesting new material.  Its intention is to be educational, as with my blogs, public and private.  Hopefully, what I write can help protect you from being scammed and get you thinking about how you actually can make money in these unconventional markets.

I’ll be sending a complimentary copy in electronic format to all private blog subscribers, existing and new, so if you’d like to read the book, try out a trial subscription to the private blog, details of which are at https://www.oilnewslondon.com/oilman-jim