MetalNRG PLC (NEX:MNRG), the natural resource investing company quoted on the NEX Exchange Growth Market in London announces that it has signed a sales and purchase agreement for the acquisition of the Gold Ridge Project in Arizona, U.S.A, which includes three historically producing gold mines, from Winston Gold Corporation (“Winston Gold” CSE:WGC). 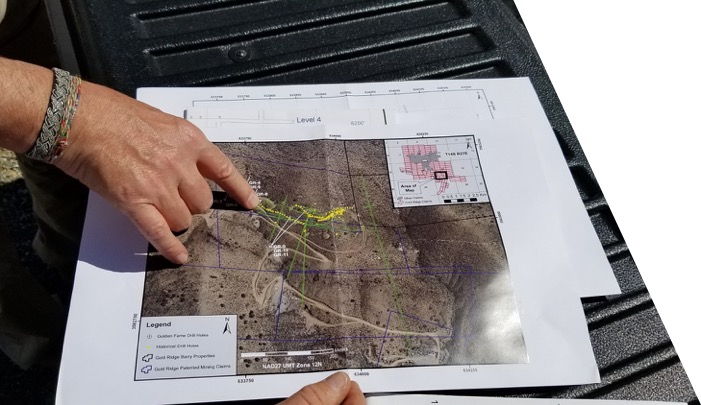 * MetalNRG has agreed to acquire all the interests of Winston Gold in the project known as Gold Ridge Project (“Gold Ridge” or the “Project”), located in the Dos Cabezas Mining District, Cochise County, south-eastern Arizona, United States of America;

* The interests acquired include three historical producing gold mines; Gold Prince mine; Gold Ridge mine and Dives mine; each was worked over various intervals between discovery in 1877 and 1996;

* Lack of modern exploration coverage and existence of at least three high grade gold deposits within the Project’s 5.2km of shear zone strike, results in strong potential for the discovery of further gold mineralisation and for establishing compliant Resources.

* MetalNRG has agreed to acquire 100% of Gold Ridge for a total consideration, in cash and shares, of US$700,000 (GBP GBP529,942).Further details of the consideration are set out below.

“I am delighted to announce this transaction which will be the Company’s first major acquisition. The acquisition of Gold Ridge in Arizona comes at a time when there is an increasing interest in gold production opportunities and when Arizona mining in general is drawing particular interest after South32’s recent bid to acquire Arizona Mining for
US$1.3billion.

With the Gold Ridge transaction we acquire significant acreage, a range of mining claims and three former producing mines in one package and we look forward to developing the Project and looking at the opportunity to bring the mines back into production.

Alongside this acquisition, MetalNRG is examining other opportunities in the same geographic area and further acquisitions may be considered in due course.

I expect further updates will be released to the market in the near term on the advancement of Gold Ridge and any further acquisition opportunities that we may wish to pursue.” 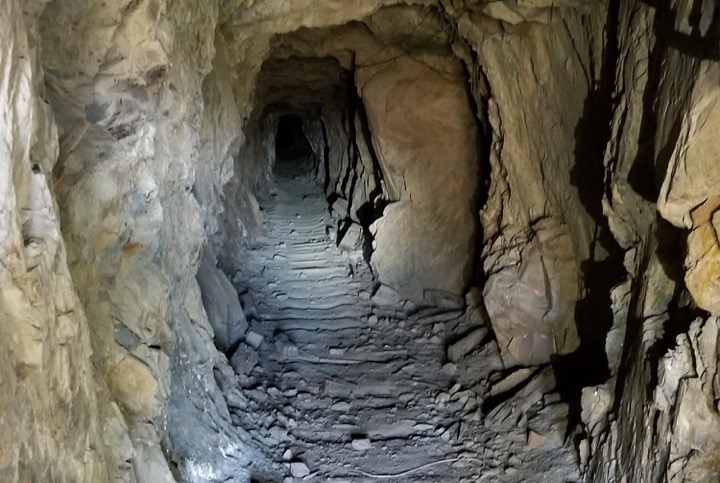 Having signed the sales & purchase agreement, MetalNRG will now carry  further due diligence on the Project which will need to be completed before 30 October 2018.

* Initial consideration of US$50,000 has been paid to Winston Gold, a second payment of US$ 150,000 will be paid in the coming days as a result of the Company having signed the sales & purchase agreement.

* The balance of the consideration will be paid to Winston Gold no later than 30 October 2018, as follows:

* Project includes three, relatively shallow, historical gold mines; Gold Prince mine; Gold Ridge mine and Dives mine which were worked over various intervals between discovery in 1877 and 1996 (including mining by Phelps Dodge and Queenstake at Gold Prince Mine).

* Sinuous, braided veins occur on the surface over a strike length of at least 1.8 km, projecting downward to the three historic mines.

* Geologically located within the Dos Cabezas District which is interpreted to be a large, late Cretaceous to early Tertiary plutonic-volcanic centre constructed on deformed and intruded Precambrian, Palaeozoic and Cretaceous metavolcanics and metasedimentary rocks. These rocks were subsequently cut by the Apache Pass fault, a circa 32km long vertical shear zone that is thought to control the location of high-grade gold vein systems including those seen within the Gold Ridge Project.

* According to the NI43-101 compliant Technical Report on the Project (30 December 2016): “The high-grade gold-bearing vein system at the Gold Prince mine is part of a 5 km vein swarm that includes both barren and mineralised veins. Within the explored part of the property, there can be as many as three anastomosing veins from 1 m to 30 m apart.

* At Golden Prince mine, quartz lenses up to 2m wide occur within a 150m to 300m wide shear zone associated with the Apache Pass Fault. The vein, and in places veins, have been mined over a vertical distance of more than 180m with the mineralogy and grade reportedly unchanged over this vertical interval.

* Based on historical mining records, the Gold Prince mine contains gold in disseminated sulphide in wall rock, in early carbonate-quartz veins and in the quartz veins. All are hosted by the Cretaceous Bisbee Group shales and
quartzites.

* Majority of 447 previous drill holes within the Project were focussed on ore block definition within the Gold Prince mine. Since closure only 11 diamond drill holes have been drilled, as part of a surface exploration campaign during 2009-10 by Golden Fame USA Inc.

* Exploration potential for the depth and strike extension of existing gold mineralisation and the delineation of compliant Mineral Resources at the Gold Prince mine and other historical mines, is considered strong.

* Given the lack of systematic modern exploration coverage the potential for discovery of additional gold mineralisation over the 5.2km long strike of Apache Fault shear zone within the Project, is considered to be excellent.

* The Company has provided additional information on the project, including maps and photographs on its website and can be accessed by going to www.metalnrg.com

The Directors of the Company accept responsibility for the contents of this
announcement.

The technical information contained in this disclosure has been read and approved by Mr Nick O’Reilly (MSc, DIC, MAusIMM, FGS), who is a qualified geologist who acts as Competent Person. Mr O’Reilly is a Principal consultant working for Mining Analyst Consulting Ltd which has been retained by MetalNRG PLC to provide technical support.

Are the BBC licence fee's days numbered or is traditional TV dying?