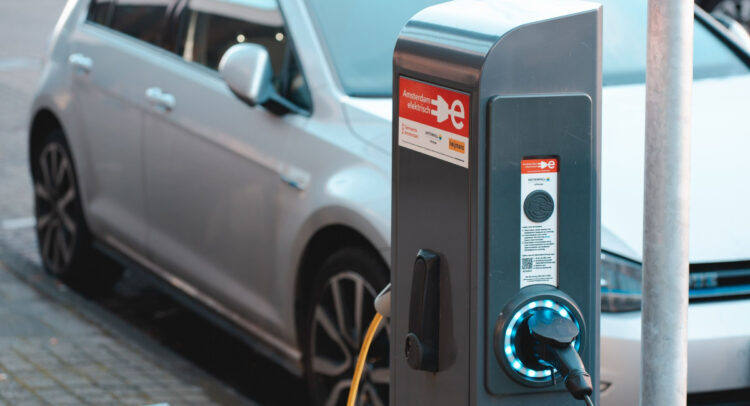 AA suggests that electric car drivers who don’t have off-street parking might find it cheaper to run diesel.

According to new research by the AA, motorists without off-street parking might find it cheaper to drive a diesel car rather than an electric one.

The organisation’s latest analysis found that public chargers are more costly than diesel. They can charge a car’s battery up to 30% in just 30 minutes.

Both slow and fast chargers are cheaper than combustion engines in terms of cost. However, these chargers require that the driver park for several hours at once, sometimes overnight, in the case of slow chargers.

For those who don’t have these facilities close to their homes, this may not be feasible and they might be forced to use more expensive rapid chargers. Rapid charging can also cause damage to a car’s battery.

In most cases, charging a car at home is the best option. This will only increase as discounts for off-peak electricity usage are available as well as smart tariffs that allow consumers to sell excess electricity back to the grid.

The AA found that it was half as expensive as using ultra-rapid charging.

While electric cars are becoming more affordable, tax increases will soon affect drivers. Jeremy Hunt, the Chancellor, announced that the exemption from Vehicle Excise Duty on electric cars would be ending in April 2025.

The AA calls for greater availability of chargers, and a reduction in VAT to 5% in order to combat the disparity in charging prices. Domestic electricity currently charges 5% VAT but public chargers are charged 20%.

This research was done as part of the launch by the AA of its new monthly reports on electric charging prices. Motoring associations already have a monthly report on fuel prices.

Both slow and fast chargers were cheaper than diesel. home charging was significantly cheaper at 7.99p per mile, or around £21 to charge an 80% full battery.

Although the AA pointed out that drivers could reduce their costs by signing up for a subscription service to lower their expenses, it would often mean they would only be able to use one provider.

“Most people will choose pay-as-you-go rates for when they are away from home, especially if their EV is charged at ultra-rapid and rapid chargers. Jack Cousens (AA spokesperson for recharging) said that while recharging is always cheaper than refuelling, EVs may still be less expensive than diesel cars when you look at the per-mile cost.

Cousens stated that the problem was not only in urban areas where most of the funding for public charges was concentrated but also in rural areas where there is not enough off-street parking.

According to industry bodies, the Government has set a goal to increase public chargers by tenfold to 300,000. By 2030, however, it is not on track to achieve it.

Novuna Vehicle Solutions released a report in October revealing that the ratio between EVs and charging points has tripled in the past three years, from 5:1 up to 15:1.