Regardless of which side of the 49th parallel you are on, banking sectors play a crucial role in both the financial system and the economy.

But while banks on each side of the border perform many similar functions, and have comparable economic impacts, the fact is that the U.S. and Canadian banking systems are very different.

Today’s infographic comes to us from RBC Global Asset Management and it compares Canadian and U.S. banks directly based on a variety of factors.

The histories of both banking sectors are contrasted, but subjects such as the regulatory environments, market forces, the number and size of banks, and post-crisis landscapes are also compared. An outlook for investors on both sectors is also provided.

The end result is an interesting depiction of two banking sectors that are related in many ways, but that also have distinct differences and ways of doing business.

General Differences:
Historically, the Canadian banking system favors a limited quantity of banks, and many branches. It also carries the British influence of valuing stability over experimentation. Meanwhile, U.S. banking is more decentralized and localized, and more open to experimentation. This has led to trial and error, but also the world’s largest bank system.

Market Environment
The Canadian market is worth C$142 billion (US$111 billion) per year, while the U.S. market is over 10x bigger at US$1.4 trillion. Interestingly, these market sizes explain why Canadian banks often seek growth opportunities in the U.S. market, while U.S. banks just focus on the massive domestic sector for growth.

Number of Banks
There are 85 banks in Canada, and 4,938 in the United States.

The Biggest Four Banks in the U.S.:
JPMorgan Chase: US$377 billion
Bank of America: US$310 billion
Wells Fargo: US$260 billion
Citigroup: US$179 billion

In Canada, there are no other institutions worth over C$25 billion, but in the States there are eight that are worth between US$50-$100 billion.

Not only are the two banking environments quite different in terms of character – but Canadian and U.S. banks are at different points in their market cycles, as well.

Post-2008 Reaction
Banks in Canada were minimally impacted by the Financial Crisis, and have been permitted to use lower risk weights than U.S. Banks. As a result, they’ve been able to hold less capital for each loan (i.e. higher leverage)

Banks in the U.S. have spent the past number of years building capital. Regulators required U.S. banks to be conservative in their approach post-crisis. As a result, U.S. banks have lower leverage than Canadian peers.

WHICH SECTOR SHOULD INVESTORS CHOOSE?

There are compelling reasons to consider the financial institutions of either country:

Canadian and U.S. banks are similar in many ways – but their differing histories, competitive frameworks, and economic environments each provide unique exposure for investors. 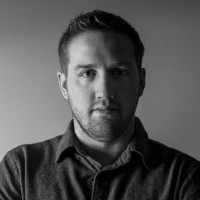