We are less than a week away from our first Investor’s Evening in London which will include Regency Mines Plc (AIM:RGM),  WideCells Group Plc (AIM:WDC),  VAST Resources Plc (AIM:VAST) and Connemara Mining Company Plc (AIM:CON) at the prestigious NEX Exchange on Wednesday 27th September 6-9pm. Until then we have a look at the week that has passed.

The company announced the spud of its KSR-14 development well on the Sebou permit in Morocco. Being the first of nine planned, Paul Welch commentated that it was the start of what will be a very busy period for the Company. The drilling campaign is targeting an increase in its local gas sales volumes in Morocco by up to 50% and an increase in its reserves by more than 100%. With the results expected mid October, there’ll no doubt be a number of investors looking to get an early seat. If the results are good they could be looking to add the well to it’s existing infrastructure. Not wasting any time then! 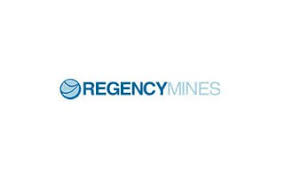 Following on from there previous sale of shares in UK Oil and Gas Investments PLC (“UKOG”), the company has now given itself a healthy cash injection of £557,080. Andrew Bell commented “These sales together with those announced at the beginning of the month mean that we have sold 17,361,862 shares in UKOG for net proceeds of £1,297,700. These funds have enabled us to deleverage the business, and have provided working capital and the capital required to invest in Curzon Energy and to progress the rationalization of our coal interests in the United States”. Lots of money and a clear focus on coal. Fancy quizzing Andrew Bell yourself about his plans? You can do that at the Share Talk Investor evening on 27 September. Book your FREE ticket here LINK

Unfortunately, not everyone has UKOG shares they can sell to raise funds. Papua Mining (LON: PML), the natural resource exploration company, announced a proposed strategic acquisition of precious and base metal interests in Australia. An interesting thing to note was the board member’s investing in their own company. If only a few more AIM companies CEO’s could do the same.

Who doesn’t enjoy getting the approval of others? Well, Michael Masterman certainly does as the company  announced that the Portuguese Secretary of State for Energy under the Ministry for the Economy has approved W Resources’s application to extend the licence on the Tarouca project in Portugal for a further two-year period. The extended Tarouca licence will expire on 23 March 2019, which means during the two year extension period, they will consolidate prior exploration programmes completed to date by carrying out a 15 hole / 1,500m reverse circulation drilling campaign. Seems that W Resources may manage to finish something before our politicians can even work out what they are doing with Brexit.

Dave Wall, managing director of the company, probably isn’t a big fan of the latest series of Game of Thrones since the last thing he wanted was for winter to arrive. Nonetheless, winter did arrive and forced them to suspend operations for Project Icewine. He did however say “Whilst it is frustrating to have to wait over the Winter season for the continued flow test of the HRZ, there are several encouraging signs observed from this most recent phase of testing. Given the early stage nature of our appraisal program, we need to have patience and remain open minded as there is no benchmark against which to track the progress of this particular unconventional play.”

I’m sure others feel the same frustration even if they aren’t aren’t investors. Waiting around for any news can seem like a lifetime for us GoT fans…

Mark usually provides a daily glimpse of whats big in the news. Take a look back at this week’s videos below:
Monday: Hiscox and Ryanair
Tuesday: French Connection and Vince Cable
Wednesday: Kingfisher and Gordon Ramsay

With all the fuss being made with President Trump and North Korea, it may be pertinent to reflect on some words written during a previous war.

“I see the world being slowly transformed into a wilderness; I hear the approaching thunder that, one day, will destroy us too. I feel the suffering of millions. And yet, when I look up at the sky, I somehow feel that everything will change for the better, that this cruelty too shall end, that peace and tranquility will return once more.”