The chief financial officer of Patisserie Holdings PLC (LON:CAKE), the parent company of crisis-hit cake shop chain Patisserie Valerie, has been arrested on suspicion of fraud.

The crisis-hit company needs an immediate cash injection if it is to survive, say bosses.

It follows a nightmare week for a business that had a stock market value of nearly £450 million on Monday morning.

The company – with cafes in Wolverhampton, Telford and Shrewsbury – suspended both its shares and its chief financial officer, Mr Marsh, after discovering “significant, and potentially fraudulent, accounting irregularities and therefore a potential material mis-statement of the company’s accounts”.

But then it discovered it had received a winding up petition for its principal trading unit, Stonebeach, relating to £1.14m owed to the taxman, with a hearing set for October 31.

Reports suggest the company has uncovered a black hole in its accounts of up to £20 million.

Yesterday the chain’s owner, Patisserie Holdings, announced: “Without an immediate injection of capital, the directors are of the view that that is no scope for the business to continue trading in its current form.”

The company, with professional advisers from accountants PwC, spent 24 hours investigating the financial status of the company. It is understood PwC is now on standby in case the company is forced to place itself in administration,

Facing an immediate need for new cash, “the directors and the company’s professional advisers are assessing all options available to the business to keep it trading and will update the market in due course.”

Patisserie Valerie trades from more than 200 stores, including one at Resorts World Birmingham at the NEC, and also has a partnership with Sainsbury’s, with branded counters present in the supermarket.

The crisis broke early on Wednesday morning when the company asked for trading in its shares to be suspended on the London Stock Exchange’s junior AIM market and said it had unearthed accounting irregularities.

After discovering that it faced a winding up hearing, Patisserie Holdings said it was in communication with HMRC as it scrambled to “understand better the financial position of the group”.

Chairman Luke Johnson said at the time: “We are all deeply concerned about this news and the potential impact on the business. We are determined to understand the full details of what has happened.”

Mr Johnson, a serial entrepreneur, is Patisserie Holdings’ largest shareholder with a 37 per cent stake.

The company’s website reveals Chris Marsh joined the group as finance director in July 2006. He had previously advised many companies over the previous 18 years in both finance director and consultancy roles. His experience included finance director roles at two AIM quoted companies, namely Fishworks and Healthy Living Centres. 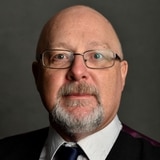