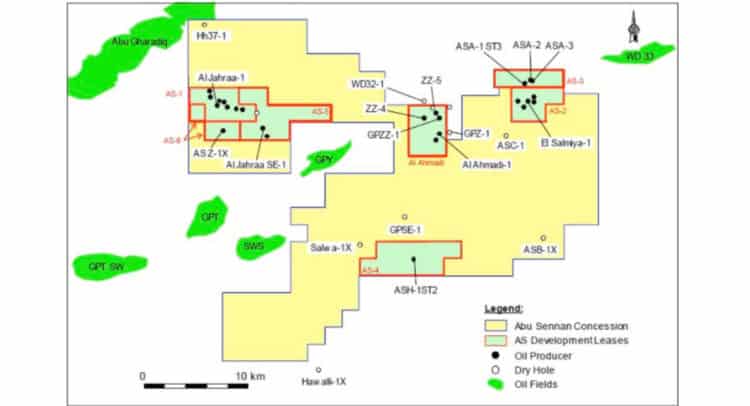 Sam Moody, Chief Executive, commented: We are pleased to have made significant progress on the farm in, and that all parties have reinforced their commitment to its completion, despite the volatile market conditions.

Sea Lion remains a highly exciting project and the farm in will underpin our ongoing efforts to move it towards sanction. We look forward to updating shareholders further

Rockhopper Exploration plc (AIM: RKH), the oil and gas exploration and production company with key interests in the North Falkland Basin, is pleased to provide the following update in relation to the previously announced Heads of Terms with Navitas Petroleum LP (“Navitas”) to farm into the Sea Lion project.

On 7 January 2020, Rockhopper and Premier Oil announced that a detailed Heads of Terms had been signed with Navitas to farm-in for a 30 per cent interest in the Sea Lion project (the “January Heads of Terms”). Despite the current oil price weakness, all parties remain committed to the finalisation of the definitive Navitas farm-in agreement.

To reflect the good progress which has been made since the January Heads of Terms were signed, the parties have agreed to extend the exclusivity period to the earlier of (i) 31 December 2020; and (ii) execution of the definitive transaction document (targeting late Q2 or Q3 2020), or until a decision by Navitas has been made not to proceed with the farm-in.

In addition, the effective date of the farm-in proposed in the January Heads of Terms will now be amended from 1 March 2020 to the date on which the Falkland Islands Government approves Navitas becoming a licencee (targeting late Q3 or Q4). In turn, Premier will fund Rockhopper’s share of the remaining pre-effective date costs, with interest accruing at 12% per annum, which, on completion of the farm-in, will be rolled into the Standby Loan.

The previously announced Standby Loan (which will be available from Premier to cover Rockhopper’s share of production area licence fees and any Capital Gains Tax liability ) will now attract interest at 12% per annum (previously 15% per annum).

All other proposed terms in the January Heads of Terms remain unchanged with Rockhopper’s costs for the Phase 1 development (not met by external debt and excluding licence fees, taxes, costs incurred prior to 1 January 2020 and project wind down costs) from the effective date to Phase 1 Project Completion (estimated to occur 9-12 months after first oil) continuing to be funded by Premier Oil and Navitas.

Once definitive documentation is reached, completion of the farm-in will remain subject to agreed consents and approvals. Rockhopper remains responsible for funding its share of costs incurred prior to 1 January 2020.