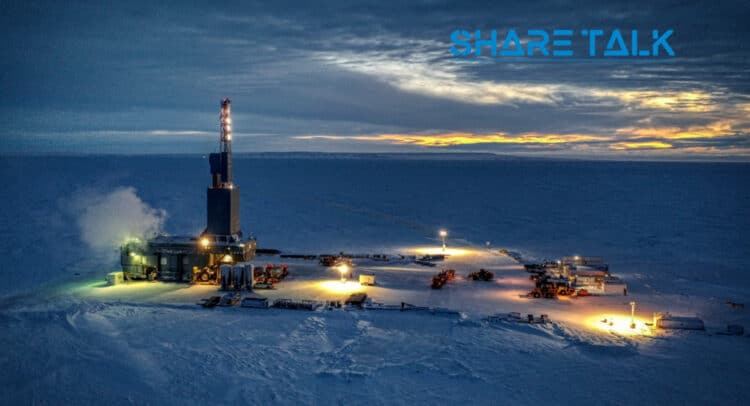 Pantheon Resources plc (“Pantheon” or “the Company”), the AIM listed oil and gas company with a 100% working interest in all of its oil projects spanning c. 153,000 acres adjacent and near to transportation and pipeline infrastructure on the Alaska North Slope (“ANS”),

Is pleased to announce the receipt of a report from Schlumberger Limited (“Schlumberger”). A copy of the executive summary to the report is provided at the end of this announcement and a copy will be uploaded to the Company’s website at https://www.pantheonresources.com/

Completion of Phase 1 of the Schlumberger reservoir modelling project

A static and dynamic reservoir model of Pantheon’s subsurface geological projects has now been completed by the world’s largest oil service company, Schlumberger, over Pantheon’s three project areas which encompass the four distinct oil reservoirs within the current Pantheon acreage footprint; (i) Alkaid, (ii) the Slope Fan System, (iii) the Shelf Margin Deltaic (SMD) and (iv) the Basin Floor Fan system. Pantheon engaged Schlumberger to undertake this project more than six months ago in order to develop a highly detailed body of work to assist in reservoir modelling, development modelling and as an important tool in Pantheon’s data room to allow potential future farm in partners to gain a greater understanding of the potential, characteristics and scale of Pantheon’s projects. This reservoir model represents completion of the first phase of the project. Schlumberger’s report represents the most comprehensive model completed on evaluating the discovered oil resource and the productive potential.

The Schlumberger model is extremely detailed, comprising c. 13 million individual three dimensional cells within the c. 153,000 acres of Pantheon’s current leasehold. This model is extremely comprehensive, having been developed over the past six months and involved in excess of 1,000 man-hours with a team of reservoir, geological and geophysical specialists at Schlumberger and is an important step toward modelling reservoir development scenarios and attracting future project partners and supporting project financing, which is part of Pantheon’s corporate development strategy. That next phase of the project will similarly require significant man hours over a number of months.

The summary findings of reservoir modelling:

Schlumberger’s modelling of oil in place (“OIP”)  is prepared on a project area basis (i) Alkaid Unit, (ii) Theta West leases, and (iii) Talitha unit, whereas Pantheon’s estimates are based upon the project formations themselves: (i) Alkaid, (ii) Shelf Margin Deltaic, (iii) Slope Fan System, and (iv) Basin Floor Fans, and are therefore not perfectly comparable, but nevertheless provide an excellent overview and importantly, are comparable on a sum total basis.

Overall, the Schlumberger modelling estimates the reservoirs contain 17.8 billion barrels net OIP versus Company estimates of 23 billion barrels of OIP. The Schlumberger model OIP numbers are approximately 70+% of Pantheon’s estimates for the Theta West (Lower Basin Floor Fan) which accounts for the primary variance between the overall Pantheon and Schlumberger estimates. Schlumberger’s OIP estimates for Theta West were constrained to the project’s 3D footprint with more conservative reservoir parameters than Pantheon’s at the lease boundaries. With additional drilling data points, potential exists for Schlumberger’s modeling estimates to increase in the future. Pantheon believe that the reservoir improves in quality to the north of Theta West #1 both within and outside our current leasehold, which is the primary reason Pantheon bid on new acreage in that area in the November 2022 Alaska lease sale. The recently acquired acreage and its resource potential is not considered in the Schlumberger report nor the Pantheon current estimates. The next Schlumberger project phase, commencing shortly, will address these differences along with developing a dynamic development model to predict overall recoveries.

In addition to their modelling of oil in place, Schlumberger also modeled individual well recoveries for three separate reservoirs (shown below) over an illustrative one-mile lateral length (c. 5,300 feet).  Whilst a nominal one-mile lateral has been used as the basis for modelling, longer lateral lengths are expected to yield higher production volumes. As previously announced, Pantheon’s development plan is based on what it believes is the optimum lateral length of 8,000 to 10,000 feet:

For illustrative purposes only, applying Pantheon’s estimated 10% recovery factor to Schlumberger’s estimated 17.8 billion barrels of oil in place would imply the Pantheon leasehold has the potential to contains 1.78 billion barrels of recoverable oil. The dynamic model is applicable toward predicting ultimate well and reservoir recoveries for differing development scenarios which is critical for ascertaining the commercial potential of the resource.

Pantheon is currently in a production testing operation at Alkaid #2. As previously reported, Pantheon utilized a coiled tubing unit (CTU) to remediate a sand blockage inside the horizontal production liner. Ideally, a workover rig would have been used to remove the production tubing in a relatively straightforward operation to clear the blockage without the constraints of working inside the tubing, however the lack of availability of a suitable workover rig caused the Company to use a CTU which is a more delicate and potentially less effective method. Fortunately, the CTU was effective in clearing most, but not all, of the blockage and flow testing has resumed. The well is still early in the cleanup phase with encouraging initial results. As always however, the Company cautions that despite early positive data, a definitive assessment of commerciality cannot be made until flow testing operations have concluded. The Company will report back to shareholders in due course.

Jay Cheatham, CEO, said, “The Schlumberger report and the derived model is a great result and an important tool that oil companies can use when evaluating our project in our data room. Just a few years ago a 13 million cell model would have been beyond comprehension and is only now possible with modern computing power combined with the data that we have assembled over the past decade. It also highlights the tremendous benefits that modern technology brings to the industry and that we will benefit from going forward – including advancements in seismic interpretation, drilling and completion methodologies, improvements in drilling and recoveries.

“The results further bolster our own confidence. Applying management’s estimate of recovery factor of 10 percent to OIP calculates over 1 billion barrels of recoverable oil onshore USA adjoining major underutilized export infrastructure in a stable tax and royalty environment. The Schlumberger numbers speak volumes about the overall quality of the resource and provide valuable industry validation.

“Alkaid #2 is a case of so far, so good. In this booming oil market, we have encountered significant supply chain issues for equipment and materials causing a knock on effect on our timetable, but it is still all to play for at Alkaid and we remain cautiously optimistic. As previously stated, it makes sense to observe the results of Alkaid #2 before making final decisions on our forward activity plan and to engage in potential farmout discussions.”

Bob Rosenthal, Technical Director, said “I have been beyond impressed with the quality of work and the attention to detail shown by the Schlumberger team. The amount of time and effort to develop this model is extraordinary. It will significantly enhance the intended future farmout process as this model provides potential farm-in companies industry validation, confidence in the data and the project potential. Companies can use this giant model to manipulate parameters/assumptions for their own analysis. I can’t wait to start working with them on the next phase of the project which will, amongst other modeling, predict overall reservoir recoveries. I believe our current estimate of 10% has the potential to be conservative based on what we are seeing at the moment and again remembering we are using unconventional technology on conventional reservoirs.”

The Oil in Place numbers modelled in this report do not constitute an Independent Resource Estimate.

In a deal to end UK dependence on Russia, the US doubles its gas exports