“The signing of this deal with Kalahari Metals Limited follows 3 months of substantial corporate and technical due diligence and is a further exciting milestone in Metal Tiger’s continuing involvement in a world-class copper region in Botswana.

Metal Tiger has had a long focus on the exploration of the region and through its close partnership with MOD Resources Limited and its involvement with the seminal T3 deposit discovery, is able to bring exceptional strategic and technical expertise to create an exciting new joint venture with the experienced operational team at KML.

We look forward to updating shareholders in the near future with regards to KML’s proposed exploration plan. Based on our initial discussions, the key focus will be to conduct geophysics and soil geochemical surveys to identify high priority targets for drilling as well as commence work on the environmental management plans (‘EMPs’) for areas likely to be of interest for drilling in the near term.

The Board of Metal Tiger greatly looks forward to working with its new partners at KML and holds great belief in the potential of the Kalahari Copper Belt to develop into a world class economic copper district”. 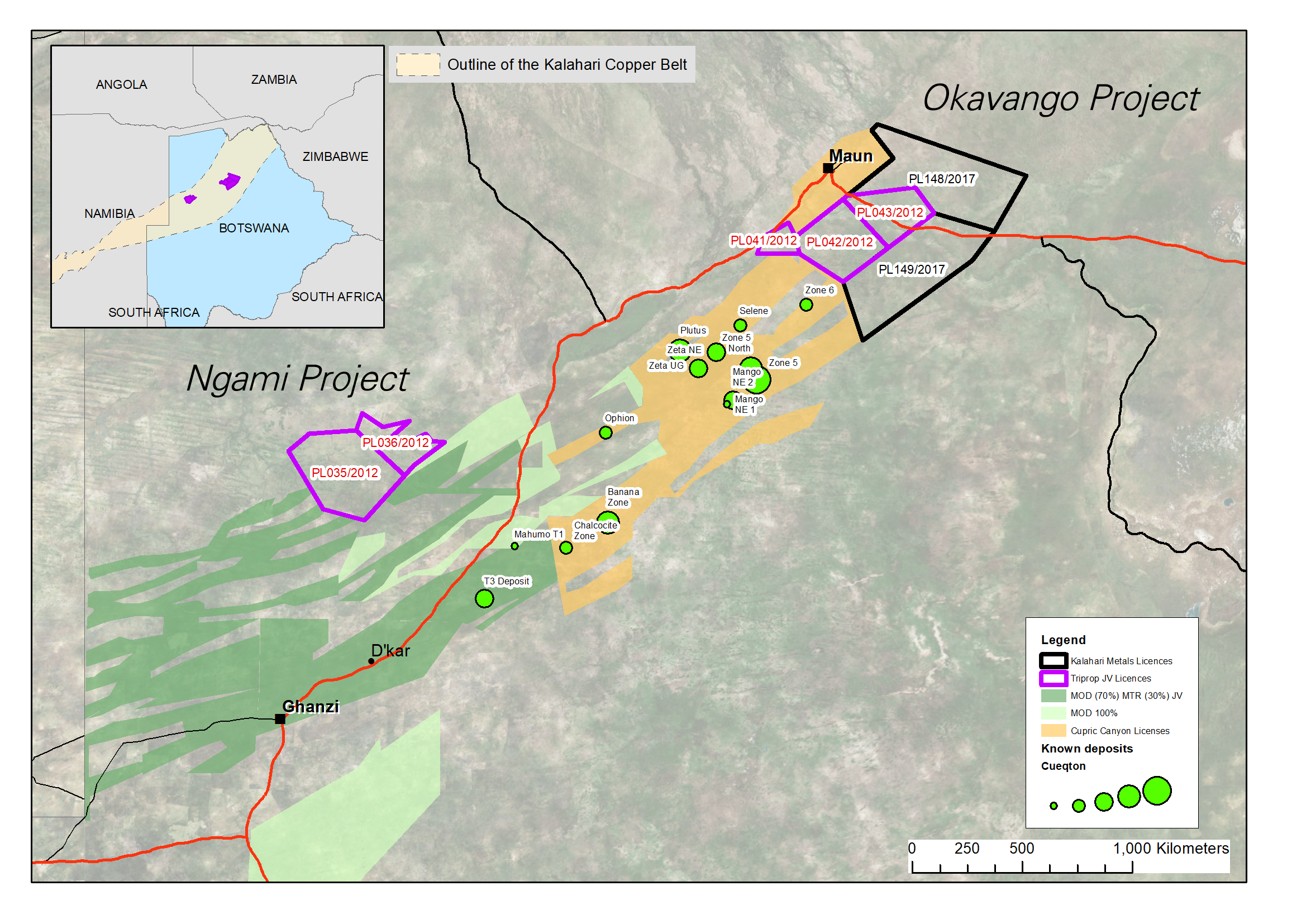 KML licenses in relation to MTR/MOD and Cupric Canyon 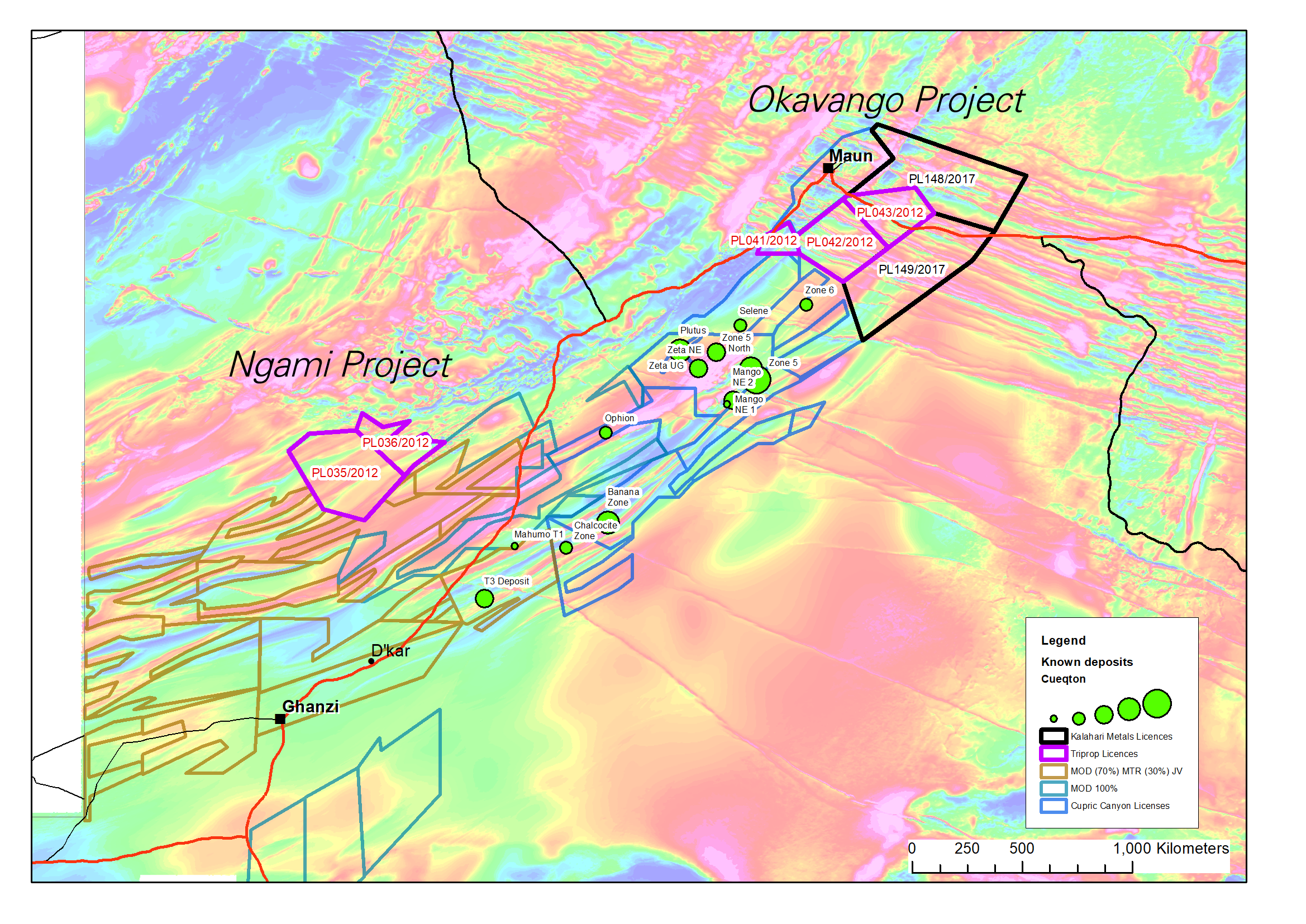 Despite the 50 years of historical exploration, the Kalahari Copperbelt has only emerged as a world-class mineral province in the last decade.

Early exploration campaigns carried out by US Steel, AngloVaal, Anglo American and BHPB focussed primarily on identifying and delineating large, shallow, low-grade, stratabound Cu resources. From the early 2000s, exploration models changed with a greater emphasis on moderate-sized, higher-grade, structurally controlled targets which may be amenable to underground mining. This led to a number of discoveries which were largely attributed to the effective use of high resolution geophysics and better understanding of the geological and structural controls to mineralisation. Recent discoveries highlight the Belt as a significant emerging Cu district. 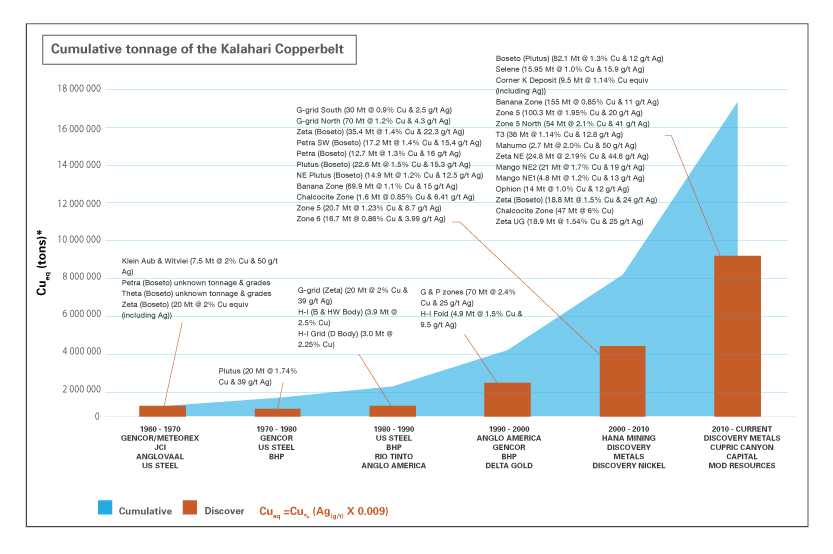 KML is a UK registered, base and precious metal explorer. The company focus is within the Kalahari Copper Belt where it has recently been awarded prospecting licenses and signed an earn-in agreement, securing over 4000km2 of exploration acreage in the Botswana portion of the KCB.