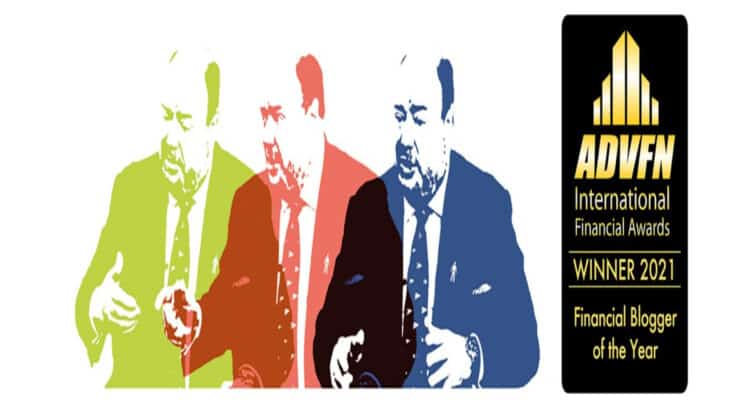 A modest fall yesterday but within bounds and mainly down to China encountering more Covid in both Shanghai and Beijing. Varying degrees of controls were enforced but it does not appear serious at this stage.

Elsewhere the drivers are the same, the Freeport LNG terminal explosion will hit LNG as mentioned before, product market inventories are very low as I have banged on about enough and apart from that it is just the simmering row between Spain and Algeria over the Western Sahara.

Genel has announced that after discussions with the Board following the recent AGM, at which Bill Higgs did not receive the required 50% majority of votes in favour of re-election as a Director, he has agreed to step down as CEO of the Company with immediate effect.

Dr Higgs will take up a role as Special Advisor to the Chairman until 1 September 2022, to support an orderly transition, after which he will remain as a consultant to the Company.

Paul Weir, COO, has been appointed as Interim CEO with immediate effect. A search for a suitable replacement is now ongoing and an announcement will be made in due course.

Paul joined Genel in January 2020, having worked for more than 30 years in upstream E&P with experience in the North Sea, South East Asia and Africa. Before joining Genel, Paul was Group Head of Operations and Safety at Tullow Oil, having previously spent 13 years at Talisman as VP Production and Exploration, and also worked in a variety of roles at Nippon Oil, Elf, Occidental, and Total.

“Bill worked tirelessly at Genel and oversaw a positive change in the strategic direction, operational capability, and culture of the Company. He steps down as CEO with Genel well positioned to utilise our robust balance sheet and material cash generation to fund growth and underpin our material and progressive dividend for the long-term.

Paul has been a key contributor to the transition of Genel into an operator with interests in more producing assets than any other IOC in Kurdistan, and, given his longstanding operational experience with a range of world class companies, is perfectly placed to lead the team as it seeks to progress its next phase of growth.”

After the calamitous AGM  the inevitable follows, and Bill Higgs is leaving as CEO of Genel. Whilst it is totally appropriate to accept the wishes of the shareholders it will do no harm to those proxy chasing firms who remind us that it is best when all votes are cast. Shareholders should be very careful what they wish for, they have voted out an outstanding and dedicated director.

Where do Genel go to from here? Dr Higgs will stay for a while under a consultancy agreement and COO Paul Weir will step up to the senior role and the company will be in capable hands, more comment is for another day. However shareholders can rest assured that with him and the excellent David McManus in the Chair the same strategy will remain in place.

I think that the key message from Genel is that the strategy I refer to will be unaffected, the company will continue to grow its asset base, generate a great deal of free cash flow and of course pay out substantial dividends to shareholders. With the company always on the lookout for M&A opportunities and so organic and inorganic growth can be expected .

The Company updates on progress on its commissioning schedule at Saltfleetby.  With all equipment necessary to export sales gas now on site, the process has been handed over to commissioning specialists. Whilst the last of the electrical and mechanical tie-ins are being completed early next week, they will continue with hydrotesting (already largely complete,) nitrogen leak testing, final verification and function testing of all pressure equipment and finally live gas testing with well-head gas.  This exercise is not wholly sequential as there is considerable overlap of function testing and leak testing.

Contractors are working toward a target date for first flow of well-head gas through the plant during the week commencing 20 June 2022 with first export (i.e. sales) nominations the week following. Angus looks forward to providing updates via Twitter, Linked-In and RNS Reach on detailed progress through the remainder of the commissioning sequence

The Company is also pleased to announce that it has concluded all preparatory risk assessment and planning for the forthcoming side-track at Saltfleetby and has advised suppliers of a spud date for drilling of 21 July 2022.

Angus are really getting to the important strokes now as the commissioning experts take over on site. The date for first gas remains as in about 10 days time which is entirely satisfactory and makes the recent acquisition of more of the project an inspired move.

With a side-track well now seemingly on for the end of July shareholders can genuinely look forward to substantial, profitable growth and a great deal of upside in the share price.

Empyrean has provided the following update on the completion of post well analysis and entering the second phase of exploration and drilling the Topaz prospect at its 100% owned Block 29/11 permit, offshore China.

Empyrean is the operator of Block 29/11 in China and has 100% working interest during the exploration phase. In the event of a commercial discovery, its partner, China National Offshore Oil Company (“CNOOC”), may assume a 51% participating interest in the development and production phase. The second phase of exploration requires the payment to CNOOC of US$250,000 and the work obligation is the drilling of an exploration well within 2 years.

·      As a part of post-well evaluation, CNOOC geochemical and basin modelling experts provided excellent assistance in interpreting the critical elements of effective regional oil migration pathways-leading to positive implications for the Topaz prospect

·      Based on post drill technical evaluation, and CNOOC-assisted migration pathways assessment, Empyrean has decided to enter the second phase of exploration and drill the Topaz prospect

Comprehensive post well analysis confirmed the Jade well carbonate reservoir parameters are better than pre-drill estimates with total thickness of 292m and porosity in the range of 25 to 27%. In addition, the Jade well penetrated thick and effective regional seal facies and the reservoir top was encountered within the depth conversion range. These parameters can now be more confidently mapped across Empyrean’s 3D data set.

As a result, reservoir, seal and trap validity of the Topaz prospect has been enhanced by the Jade well data.

As a part of post-well evaluation, CNOOC geochemical and basin modelling experts provided excellent assistance in assessing the critical elements of effective regional oil migration pathways, leading to positive implications for the Topaz prospect. Based on several oil discoveries in the area, CNOOC has identified the following three key elements for effective regional oil migration.

2.     A deep fault for efficient vertical migration that has reactivated at the peak time of oil expulsion (10Ma)

3.     A carrier bed for lateral migration to the prospect

Implications for the Topaz Prospect:

Post-well evaluation indicates the Topaz prospect has the potential for oil charge from two kitchen/source rocks – the more recently identified Baiyun North Sag and the Baiyun East Sag that has been bio-marked as the proven source rock for CNOOC light oil discoveries to the immediate West of Block 29/11 .

Baiyun North Sag is located within Block 29/11 immediately south and down dip of the Topaz prospect and it has all three key elements required for successful oil migration. It is a deep sag that is in the timing and depth window for oil generation, and Empyrean has identified a suitable deep fault for efficient vertical migration that  reactivated at the peak time of oil expulsion approximately 10 million years ago (10Ma). Finally, a thick carrier bed exists for lateral migration to the Topaz prospect. This carrier bed has been confirmed during the drilling of the Jade well and is mapped on Empyrean’s 3D data set.

At the same time, the gas shows within the “gas cloud” zone in the overburden at the Jade well are now interpreted to have migrated from Baiyun North Sag via reactivation of a nearby fault, approximately 800m away rather than coming from basinal faults extending into Baiyun East Sag which is approximately 20km away. The identification of this nearby fault that extends into the Baiyun North Sag is now the most likely explanation for the gas shows in the Jade well. This interpretation enhances the prospects of Baiyun North Sag as a potentially valid additional source rock and, in turn, the likelihood of the Topaz prospect having access to two mature source rocks/kitchens.

Additionally, a CNOOC regional migration map indicates that Topaz has potential for being charged from the proven Baiyun East Sag via spill from the CNOOC discovery well LH 23-1d.

The information contained in this announcement has been reviewed by Empyrean’s Executive Technical director, Gaz Bisht, who has over 32 years’ experience as a hydrocarbon geologist and geoscientist.

“Being able to combine our excellent quality 3D seismic data with the confirmed well data and post well analysis  has improved the validity of the Topaz prospect as a robust and large drilling target of approximately 891 million barrels in place (P10). Empyrean looks forward to maximising the value from its interest in the Mako Gas Field and positioning to drill the exciting Topaz prospect. Empyrean has also started to assess a number of additional oil and gas projects that it believes may enhance a balanced portfolio of opportunity and will update shareholders as required”.

As is sometimes the case, a dry hole has resulted in renewed vigour for other prospects on the acreage and this is the case as Empyrean are now going ahead with the Topaz prospect. I can’t say I blame them and after all this time and with such exciting data it had to be worth another crack.

However with the requirement for another cheque to CNOOC and a few bills to pay this will I assume a raise and from the 1.4p level might make the eyes water somewhat. I wish Tom and Gaz well as they go again offshore China.

In yesterday’s note an incorrect figure crept in as an industry provider had miscalculated the market cap, the correct number is  a much more friendly £160m not the $75m I had in!

The 2nd Test between England and New Zealand has started at Trent Bridge, at lunch having elected to bowl England have NZ 2 down for 140 odd.

It is the Azerbaijan GP at the Baku City Circuit on Sunday, early practise has Perez the fastest.

The LIV Golf continues and unsurprisingly the PGA has suspended all the errant players, more are rumoured to be about to join the Saudi-backed circuit.

And its a big day tomorrow in the Rugby Union Premiership, semi-finals between Sarries and Quins and Tigers and Saints will find the last two standing.