In an interview with London South East, InfraStrata CEO John Wood revealed that since the letter of intent RNS released last week confirmed that one major blue chip gas company has signed a letter of intent for gas offtake facilities, two more companies are now exploring the possibility of taking storage capacity.

This is in addition to three other companies already looking at taking up an offtake agreement, so six in total.

John Wood said: “With the North Sea storage platform Rough closing, which provided 70% of the UK’s gas storage capacity, that’s a game-changer for us. The demand is for gas storage now. We will take that letter of intent and refine that into a Gas Storage Agreement. Clearly the offtaker won’t sign until they know the equity is there, the debt is lined up and that they know the project can be built for the money we say it can be built for. The letter of intent is to say – ok, we move onto the next stage.” 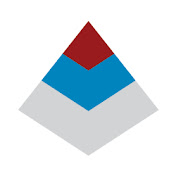