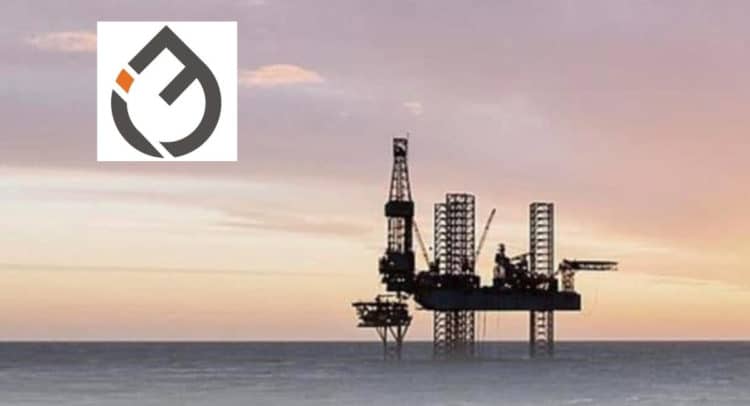 i3 Energy plc (AIM:I3E) (TSX:ITE), an independent oil and gas company with assets and operations in the UK and Canada, is pleased to announce the audited results for the year ended 31 December 2021.

A copy of the Company’s financial statements will be posted to shareholders and made available shortly on the Company’s website at https://i3.energy. The Notice of Annual General Meeting (“AGM”) will be posted in due course. The AGM will be held at 11:00 am BST on 30th June 2022 at the offices of W H Ireland at 24 Martin Lane, London, EC4R0DR. · Announced in December that the Company is committing to pay a minimum of £11.827 million in dividends during the course of 2022 (3.5x all dividends paid during 2021), equating to 1.05 pence per share or a 10.2% yield on the date of announcement, with forecasted year end “2022 Unencumbered Cash” of US$66 million which could support additional shareholder distributions or share buybacks, M&A, and supplemental development activity.

·Concluded a reduction of the Company’s share premium account by way of a UK court approvals process in order to free up distributable reserves to effect the abovementioned dividend payments.

•Farmed-in to a 50% working interest in the Marten Hill’s Clearwater area and participated in two successful development wells which added c.120 boepd net production, with an option to drill seven additional wells on the acreage.

•Participated in Crown Land Sales, bolstering acreage through a 15-year lease on seven sections (17.9 km2) of land in the emerging Cadotte area.

· Acquired a 49.5% interest in South Simonette at a cost of US$4.2 million, increasing i3’s previously held 49.5% operated interest in this Montney oil play to 99% and allowing it to bring back on to production three wells to increase its corporate production by c.720 boepd and adding reserves of 4.9 MMboe at a before-tax NPV10 valuation of US$30.9 million. Total estimated 2P reserves as of 31 December 2021 were 10.3 MMboe.

·Elected to drill two oil-weighted wells with a partner at its Wapiti Elmworth acreage, expected to initially increase i3’s production by c.175 boepd, with payback estimated in 1.3 years.

·Brought on stream a gas well located on the Company’s Noel acreage in Northeast British Columbia at an average rate of 650 boepd, exceeding expectations by 30%.

·Acquired circa 8,400 boepd (51% oil and NGLs) of low decline production from Cenovus Energy Inc, located within i3’s Central Alberta core area, for a total consideration of CAD65 million (US$53.7 million). The assets were acquired on excellent metrics of 1.73x next twelve months cashflow, US$6,381/boepd and US$0.68/boe of 2P reserves and contain 79.5 MMboe of 2P reserves with an NPV10 of US$193 million as at 1 April 2021, an inventory of greater than 140 net drilling locations, 80 net reactivation opportunities and 1,140 km network of operated pipelines, and key processing facilities. The transaction closed on 20 August 2021.

·To increase its focus on its high working interest assets in Central Alberta, Wapiti / Elmworth, Simonette and the Clearwater play, during Q4 2021 the Company executed multiple non-core disposals with the purpose of reducing its per boe operating costs, decreasing end-of-life obligations, and releasing US$945 thousand of decommissioning-related bonds to i3’s balance sheet (previously held with provincial oil and gas authorities to offset potential end-of-life liabilities). On a combined basis, these disposals reduced i3’s production by approximately 130 boepd from a combined 213 gross (184.5 net) wells (consisting of 36 gross (34.3 net) active and 177 gross (150.2 net) inactive wells) and reduced the Company’s overall undiscounted asset retirement obligation by approximately US$9.8 million. The proceeds from these and future disposals will be utilised to accelerate growth from i3’s extensive inventory of highly economic development locations as the Company remains focused on delivering total shareholder returns.

· The Company continued to systematically identify and develop its robust inventory of low-cost, high-return recompletion and reactivation opportunities, which produce top-tier returns and assist in further reducing i3’s corporate operating costs on a boe basis through the utilisation of the Company’s extensive network of owned and operated infrastructure while optimising field efficiencies with nominal capital. 16 gross (14 net) oil-focused recompletions and reactivations were brought on production in Q4, resulting in net IP30 rates of approximately 240 boepd (65% oil and NGLs). Cumulatively, the operations were completed on budget and are anticipated to pay out in substantially less than one year.

· The Company commenced a hedging program which will result in approximately 50% of corporate volumes being hedged on a rolling 12 month forward looking basis.

A summary of key events which occurred after the reporting period are presented in note 24 to the financial statements.

The Company’s focus for the remainder of 2022 will be on four key areas:

1 The growth of i3’s Canadian business through the deployment of capital into its large proven undeveloped reserves base, operational excellence to improve uptime and field performance, and strategic upsizing in core areas;

2 Drilling an appraisal well at the Company’s Serenity oil discovery in the UK to prove reserves and to guide future development plans;

3 Dividend distributions to its shareholders of up to 30% of free cash flow; and

4 Conducting its operations safely and in an environmentally secure manner.

The Company continuously evaluates opportunities to strengthen its balance sheet whilst maintaining tight control of its costs and working capital position.

“2021 was another truly transformational year for i3 which saw very significant growth for the Company across all factors which drive shareholder value – production, cashflow, reserves and portfolio scale and scope. We entered the year having completed two acquisitions in late January 2020 which saw our entry to the Canadian E&P market with circa 9,000 boepd of production. We have just exited Q1 2022 producing in excess of 20,000 boepd with year-end audited 2P reserves of 154 MMboe with a valuation of US$775mm and forecast NOI for the year of US$192mm. Our organic reserve replacement ratio for the year was over 200%, and this was achieved on the back of hundreds of well interventions which are a testament to the dedication of all our staff from field operations to those based in the office. We were also active throughout the year optimising our portfolio with numerous acquisitions and divestments, including one substantial transaction, the acquisition of circa 8,400 boepd in our core Central Alberta area from Cenovus Energy, and other strategic acquisitions in our Simonette Montney acreage and the Clearwater play which has given us exposure to significant near-term share price catalysts. Analysis and prioritisation of our substantial drilling portfolio over the course of the second half of the year allowed us to announce in December our inaugural operated drilling program which commenced in January 2022, and which will see us drilling circa 12.6 net wells during the first three quarters of the year. In the UK we continued discussions with potential farminees for our Serenity appraisal well and in March 2022 announced a deal which will allow us to spud the well later this year.

We are also pleased to have commenced dividend payments in 2021 and to have announced an increased dividend for 2022. We are confident we will add substantial shareholder return through exploitation of the extensive portfolio of drilling options we have lined up for 2022.

We are transformed into a strong, diversified production company with significant near-term growth catalysts over which we have operational control.

I would as always like to thank and pay tribute to all i3 staff, who have continued to work diligently, professionally and with good humour, whilst building our business under the difficult circumstances of the global COVID-19 pandemic and also for the continued support of our shareholders and investors who helped fund and support our growth in 2021.”