Greatland Gold plc (AIM: GGP), the precious and base metals exploration and development company, is pleased to announce a new exploration programme at its 100% owned Black Hills licence in the Paterson region of Western Australia.

·    New exploration programme at Black Hills to commence next week following the receipt of drilling approvals from the Australian Department of Mines, Industry Regulation and Safety;

·    First phase of new exploration programme includes plans for a 3D Induced Polarisation (“3DIP”) survey covering a strike length of 1,200 metres over the high grade gold mineralised zone identified at the Saddle Reefs prospect during recent field work (see announcements dated 21 June 2018 and 2 July 2018) and areas immediately to the north and south of that zone;

·   A review of historical Induced Polarisation (“IP”) data collected at Black Hills has highlighted the potential for 3DIP geophysics to assist in outlining the orientation and depth potential of gold mineralisation that has been identified at surface;

·   3DIP survey is expected to take approximately two weeks to complete and survey data will be processed with modern inversion techniques to provide detailed 3D chargeability and resistivity models which will assist with drill programme planning. 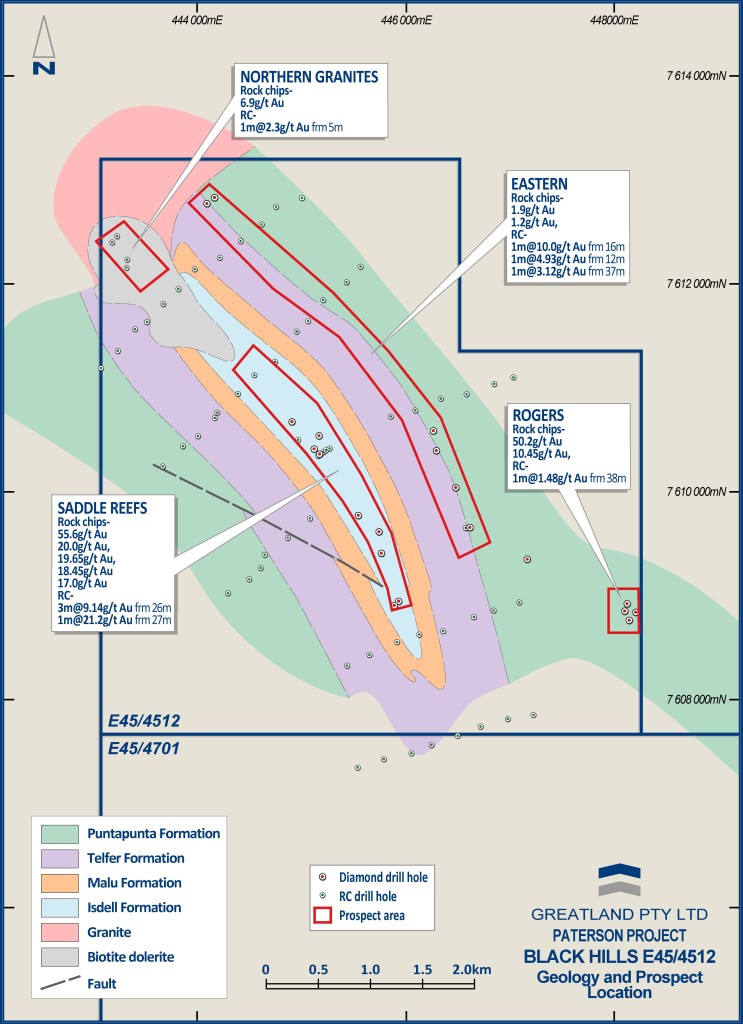 Gervaise Heddle, Chief Executive Officer, commented: “Recent exploration success at Black Hills, including the collection of multiple pieces of gold and gold nuggets at surface, has clearly highlighted the licence’s prospectivity for high-grade, near-surface gold mineralisation. The identification of visible gold at surface means that exploring Black Hills’ potential will be a relatively low-cost and low-risk endeavour, but one with substantial upside potential.

“We are delighted to have Black Hills and Havieron as part of our portfolio of 100% owned projects, and we believe that both of these high priority targets have the potential to deliver significant shareholder value in the long term.” 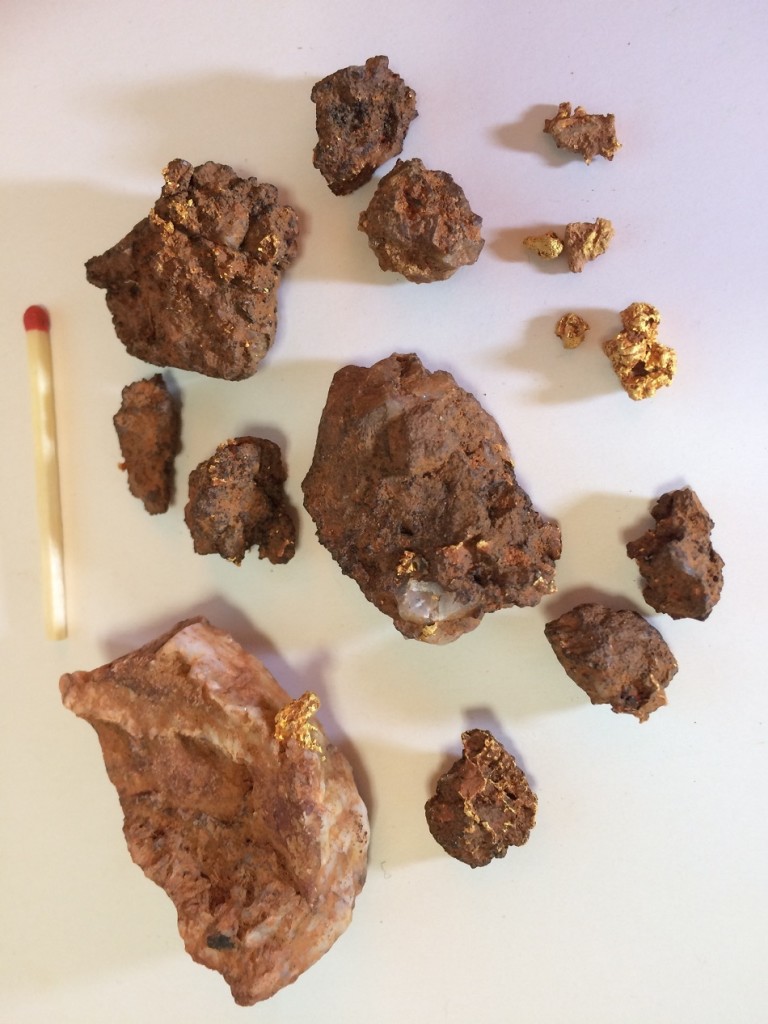 The Black Hills licence covers 25 square kilometres in the Paterson Region of Western Australia and lies adjacent to the Company’s Havieron licence. Previous work by companies including Newcrest Mining Limited has outlined several zones of gold mineralisation in rocks equivalent to those of the large Telfer gold deposit which lies 30km to the west.

Greatland’s first exploration campaign at Black Hills recovered multiple gold nuggets at surface and established the presence of gold mineralisation at surface over a 200 metre strike length at the Saddle Reefs prospect. Selected photos of recently collected samples from the Black Hills licence can be found under the ‘Black Hills’ section of the Paterson project page on the Company’s web site at www.greatlandgold.com/paterson/.

A new landholding and prospects map covering the broader Paterson region in Western Australia will be made available at www.greatlandgold.com/paterson/ in the next few days.

The Paterson region hosts several large gold and copper deposits such as Telfer and Nifty. The region has been subject to more recent exploration which has outlined several other deposits including Magnum (Au), Calibre (Au), O’Callaghans (Cu) and Maroochydore (Cu). The region is remote, however infrastructure is good with several operating mines, roads, formed tracks and rail networks nearby which branch out from the regional industrial hub of Port Hedland 500km to the west.

The Black Hills licence, E45/4512, lies 30 km east of the large Telfer gold mine. Black Hills is a granted exploration licence that covers 25 square kilometres and sits adjacent to the Company’s Havieron exploration licence. The Black Hills licence is regarded as having high potential to host gold deposits similar to Telfer. There has been a reasonable amount of historical exploration work at Black Hills with several discrete zones of mineralisation identified over 5km of strike. Rock chip samples have returned up to 90g/t gold, and commonly 20g/t gold, with free (visible) gold in places. Drill intercepts include 3m at 9.14g/t gold from 26m downhole (incl. 1m at 21.2g/t from 27m (CBR073)), 1m at 10.0g/t gold from 16m (CBH138), 1m at 4.93g/t from 12m (CBH071) and 1m at 3.12g/t from 37m (NBH004). Historical RC drill spacing appears quite broad with holes at least 400m apart, some up to 600m.

A large amount of historical surface exploration data for the Black Hills area has been compiled and merged into the Company’s database. This is the first time all data has been merged and interrogated with modern technologies. Gold mineralisation has been outlined at several prospects throughout the licence including Saddle Reefs, Eastern, Rogers and Northern Granites (within an area of 6.5km x 2km).

Strong surface gold mineralisation is present at the Saddle Reefs prospect with rock chips including 55.6g/t, 20.0g/t, 19.65g/t, 18.45g/t and 17.0g/t over an area of approximately 1,400m x 800m. The zone has a north-westly trend and sporadic drilling with results including 3m at 9.14g/t gold from 26m downhole, including 1m at 21.2g/t from 27m, in hole CBR073. This zone is in the core of an anticlinal feature and, overall, is gold prospective over a strike length of approximately 3km.

At the Eastern prospect a linear zone of gold mineralised stratigraphy is apparent over a strike of approximately 4km. Surface rock chip results include 1.9g/t gold, 1.2g/t gold and 1.0g/t gold. Broad spaced drilling along the zone has returned results including 1m at 10.0g/t gold from 16m (CBH138), 1m a 4.93g/t from 12m (CBH071) and 1m at 3.12g/t from 37m (NBH004). The mineralisation appears to track along a structural contact and the focus will be on identifying the higher grade mineralisation along this trend.

The Company recently commenced field work at Black Hills in June 2018 (see announcement dated 18 June 2018). The field team has been working at several prospects, including Saddle Reefs and Rogers, collecting rock chip samples and locating historical access. The host sequence of Proterozoic sandstones and limestones outcrop through relatively thin sand cover and field observations reveal the areas are obviously prospective with numerous indications of mineralisation in bedrock. Gossanous samples are being collected from outcrop and gold nuggets have been found in thin sand cover at Saddle Reefs, along with a primary source of gold mineralisation in bedrock where gold pieces in rock chip samples are present.

Selected photos of recently collected samples, including gold in bedrock and gold nuggets, from the Black Hills licence can be found under the ‘Black Hills’ section of the Paterson project page on the Company’s web site at www.greatlandgold.com/paterson/

At Saddle Reefs, gold in bedrock has been found over a strike of 200m, with the northern and southern extent of the mineralised sequence being obscured by a thin veneer of sand cover. Rock chip samples have been collected and will be analysed with standard chemical assay techniques. Results will be made available in the coming weeks.

Following the identification and recovery of significant gossanous and gold bearing surface samples at Saddle Reefs, the Company reviewed historical Induced Polarisation (“IP”) data collected at Black Hills and this has highlighted the potential for modern 3D Induced Polarisation (“3DIP”) geophysics to assist in outlining the orientation and depth potential of mineralisation at the prospect. The 3DIP survey will cover approximately 1,200m of strike and detailed 3D resistivity and chargeability models will be created using modern inversion techniques. The survey is scheduled to commence next week and will take approximately two weeks to complete. The resulting 3DIP subsurface models will be used in conjunction with surface geochemical and geological information to define drill targets.