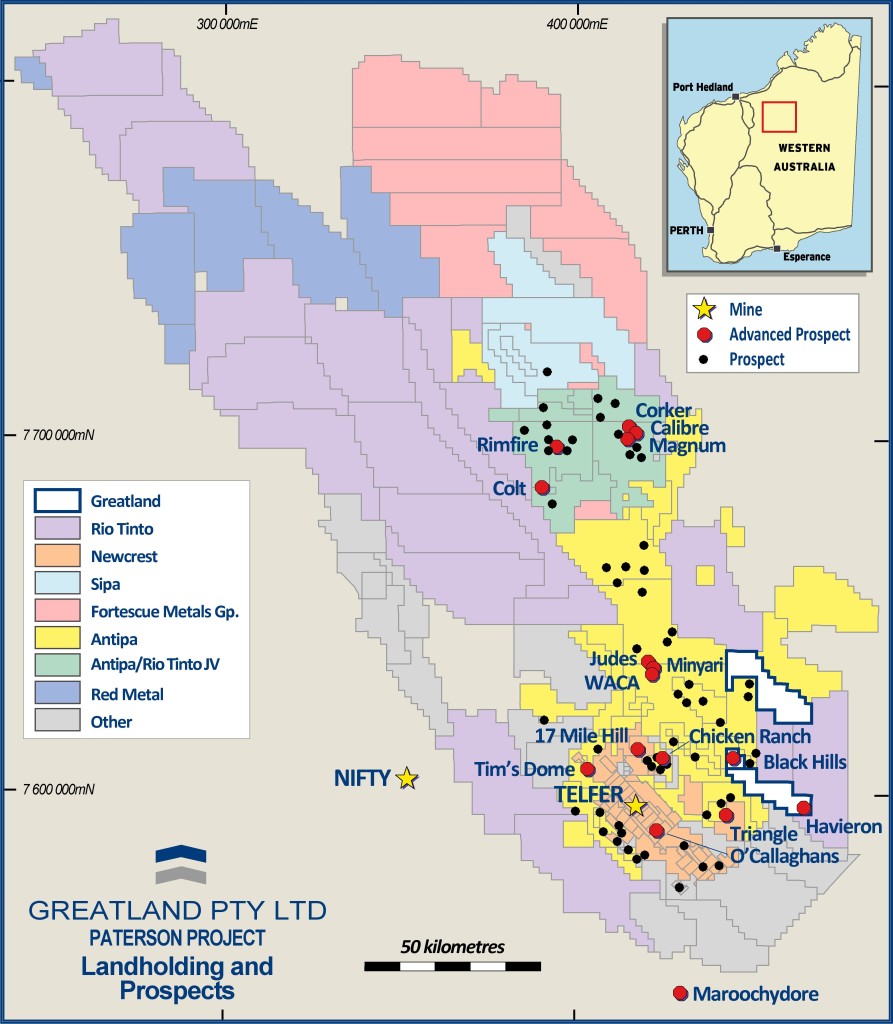 Antipa Minerals escalates the exploration campaign at its North Telfer and Paterson projects in Western Australia. An ASX listed mineral exploration company focused on exploring the Paterson Province of Western Australia which hosts world-class mineral deposits; the Telfer gold-copper-silver mine, Nifty copper mine and the O’Callaghan’s tungsten deposit.

The company today announced it has commenced aircore drilling to evaluate high-grade gold-copper mineralisation at the Chicken Ranch deposit, located within its wholly-owned Paterson project.

In addition, Antipa kicked off a large-scale aerial electromagnetic (EM) survey to explore for semi-massive to massive high-grade gold-copper mineralisation over the El Paso Corridor.

The survey will cover ground spanning from south of the Minyari-WACA deposit, in the company’s 100% owned North Telfer project, north to the boundary of the Citadel project.

A reverse circulation (RC) drilling program is also ongoing in the Minyari Dome area, while an induced polarisation (IP) geophysical survey over the Tim’s Dome area is expected to start during the last week of July.

The exploration program will comprise a total of 50,000m of RC and aircore drilling. As well as the expansive aerial EM and IP surveys, work will include surface geochemical sampling and geological mapping.

Antipa said the campaign is aimed at rapidly expanding the current mineral resource to support a scoping study in 2019.

Its secondary objective is to evaluate greenfields targets that may deliver new discoveries based on Telfer analogues and the broader gold-copper potential within the El Paso Corridor.

The province remains quite underexplored, although it hosts a number of world-class mineral deposits including the Telfer gold-copper-silver mine, the Nifty copper mine, the Woodie Woodie manganese mine, the O’Callaghans tungsten deposit and the Kintyre uranium deposit.

In 2015, mining giant Rio Tinto inked a farm-in and joint venture deal agreeing to fund up to A$60 million of exploration expenditure in order to earn a 75% stake in the Citadel gold-copper-silver-tungsten project.

Danica Cullinane
Danica has extensive experience writing and editing business news in the Oceanic and Southeast Asian regions. She has written across a range of industries including oil and gas, mining, energy, science and research, retail and travel. Danica has covered small and large cap companies listed on the Australian, Singapore, Hong Kong, Indian, London and Toronto exchanges.